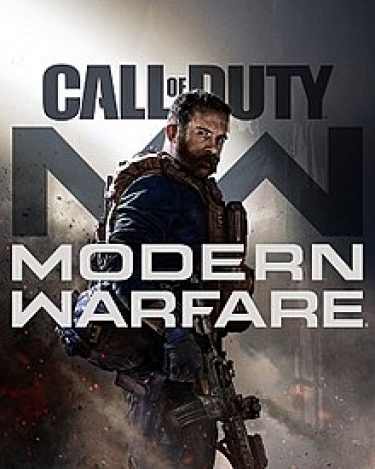 Unfairly banned from CoD for no reason

Despite burgeoning evidence of customers being banned for no reason, Activision-Blizzard doesn’t care.

After ten weeks of repeatedly asking Activision-Blizzard to address the growing issue of falsely banning paying customers from playing Call of Duty, a PR Manager at game publishers, Activision-Blizzard, has finally responded to our continued coverage and continued community desperation with the following response:

Speaking off the record, we do not have any additional comment to provide on this.

The response is similar to the dismissive tone being doled out to thousands of customers – many of whom have spent hundreds of dollars on in-game purchases on top of the hefty up-front purchase price – “All bans have been reviewed and are final.”

In some quarters, this cut-and-paste response has become a meme for its callous lack of empathy and total lack of engagement. This, despite a petition from those affected ballooning  past 11,000 signatures. Discord Channels have also swollen in numbers and have included many non-English speakers. Prominent YouTubers and streamers have also been banned.

This video is typical.

Other banned players with lowly stats that clearly illustrate that they’re not cheating are visible here, here, here and here. Stats like this are more in-line with cheating.

There are also numerous videos posted online of obvious cheaters who don’t get banned. One can’t help but wonder what Activision’s Security Team actually does all day.

Not dying in gas

Helicopter underneath the map.

Activision-Blizzard routinely points to its Terms of Service as justification for bans.

ACTIVISION MAY SUSPEND, TERMINATE, MODIFY, OR DELETE ANY ACCOUNT AT ANY TIME FOR ANY REASON OR FOR NO REASON, WITH OR WITHOUT NOTICE TO YOU, TO THE FULLEST EXTENT PERMITTED BY APPLICABLE LAW. For purposes of explanation and not limitation, many account suspensions, terminations and/or deletions may be the result of violations of this Agreement.

However, Australia’s ACCC points out that

Under the Australian Consumer Law a consumer has a right to undisturbed possession of the goods, subject to reasonable restrictions or limitations. This applies regardless of where the company is based.

Any restrictions or limitations imposed on businesses on use are covered by the unfair contract term provisions.

It is highly likely that Activision-Blizzard’s position breaches the “unfair contract terms provisions” but this has yet to be tested in court.

Few have challenged Activision’s claims that, “All infractions undergo a thorough review process by the studio before enforcement.” Considering that Warzone launched on 10 March and 50,000 bans were announced on April 1, that leaves three weeks to perform “thorough” checks. If we assume there’s an average of one minute per “thorough review,” that represents almost 35 days of non-stop, round-the-clock, checking. That equates to a dedicated team of seven people working solidly for eight hours each day… and yet all seemingly without checking a player’s most basic stats.

Activision’s claims are rendered more hyperbolic and false thanks to an internal email that was accidentally sent to us from an Activision account manager (who saw our initial article) which said:

Do you now this guys? [sic]

One worth sharing as they just recently bulk banned a number of accounts.

If internal employees are describing “a number of accounts” being “bulk banned” can it be true that, “All infractions undergo a thorough review process by the studio before enforcement”?

There are numerous posts to Activision’s Twitter-based support account going unanswered. Activision’s own support forums are flooded with queries too, but the volunteer moderators simply post a stock answer offering sympathy and a statement that there’s nothing they can do.

I'm sorry to hear about the ban.

Unfortunately, I must inform you that all bans are final and cannot be appealed nor can support give out information regarding bans, such as reasons.
I suggest you read the enforcement policies below.
https://support.activision.com/call-of-duty-warzone/articles/call-of-duty-warzone-security-and-enforcement-policy

When questioned, one moderator stated:

Emperor Booty#5230646
We are not Activision support. We're just COD enthusiasts that volunteer our time in order to try and help others.
We more or less say the same thing regarding bans because there is literally nothing else we can do, with bans all we can do is just remind you that bans are final and support cannot help - which by the way is true, it's not something we've made up in an act of ignorance, Official support cannot help with bans.

On a chat with an official Activision Support Agent, one user provides a wealth of information regarding his ban. The agent replies, “Thanks for the information mate! Allow me no more than 3 minutes let me take a look into it.” The customer responds, “Okay, thank you” before the agent replies, “Thank you for holding.  Security actions taken by Infinity Ward [CoD: MW’s game studio] are final and not subject to review. All infractions undergo a thorough review process by the studio before enforcement.”

A member of Activision’s Ambassador program describes similar instructions. Another reiterates that, “The Security Team at Activision has full confidence in their anti-cheat systems in place.” This support engineer says they're not able to support the customer. This request for support was deleted by mods.

A recent screenshot of Activision's forums shows the problem is growing. This thread describes users being banned before they could play the game, shortly after buying it.

This recent Reddit thread describes the lengths victims are going to get answers.

YouTubers up in arms

The reality of the situation is well illustrated on YouTube:

German Deablo discusses whether streaming software is to blame
A similar issue, but in French.
oHattas Gets banned on Xbox after landing in a hacked Lobby
Digital Chaser Gets banned and gets his tickets resolved without being fixed
Jay The Gam3r Gets banned for trying a Homeworld hack. Many commenters also are banned.
S K Demonstrates the lazy implementation of the anti-cheat system. And again.
KillyOne illustrates how a temporary shadow ban system operates.
Crasher gets banned after just 20 minutes.
MrMuunster gets banned in eight minutes.
Jake gets banned for no reason and spends a VERY long time in chat to support.

All of these videos have numerous comments from people in a similar boat.

Anecdotal evidence suggests matters are getting worse after every patch (also here).

What can be done?

Call of Duty is one of the world’s largest media franchises, ever. Publisher, Activision-Blizzard is a company with $6.5bn revenues. It continues to publish new expansion packs and offer customers continued in-game purchases. The announcements of new updates and Season Passes regularly get promoted through the press which, so far, has largely turned a blind eye to desperate user claims in favour of parroting whatever Activision-Blizzard asks it to (with some exceptions).

Government watchdog agencies have a spoken of being inundated with Covid-19 related scams and so aren’t able to investigate every individual claim. However, we’ve also been told by insiders that such agencies do favour following-up cases that get significant media coverage – and taking on Activision-Blizzard would certainly achieve that.

However, with banned players being spread across the globe – and speaking many different languages – it’s difficult for a unified approach to be made. With the burgeoning petition being outright ignored by Activision and government watchdogs so far, it’s likely that the best bet for the affected, fragmented userbase is to go to the games media in unison with their evidence. Right now, ITWire can only do so much on its own. It would be a different story if multiple, large, dedicated gaming websites raised the issue.

In the meantime, support groups of increasingly-upset customers are forming on Discord and are worth joining to centralise evidence of wrongdoing and voice frustrations to an understanding community. They are also helping to supply evidence for articles like this (and those in the future).

Update: The attached letter shows that the USA's BBB is not taking the matter seriously, but it is offering advice on pursuing the matter further. (Another interaction is described, here.)

The Activision-Blizzard response opening with “This is off the record” makes for an interesting case study for any entity interacting with the media. Before penning this piece, we spoke to several PR and Marketing experts (plus other journalists) on whether this request, in this particular context, should be respected – after all, journalists rely upon relationships (which require off-the-record discussions) to do their job. However, in this instance, with Activision-Blizzard ignoring multiple requests over the course of 10 weeks, its non-response was deemed a newsworthy response on its own. Nonetheless, we formed a caucus and quickly achieved a unanimous view that Activision-Blizzard’s official response wasn’t good enough. Some responses included:

Wtf. There’s no such thing as off the record and that’s just lame.

I wouldn’t have thought ‘we have no comment’ can be justifiably off the record. It’s a refusal to provide an answer either way?

As a PR guy : that's not an off the record comment. You can quite easily write your story and say 'the company refused to comment'.

"Off the record" has to be agreed to by the journo beforehand or it's null. 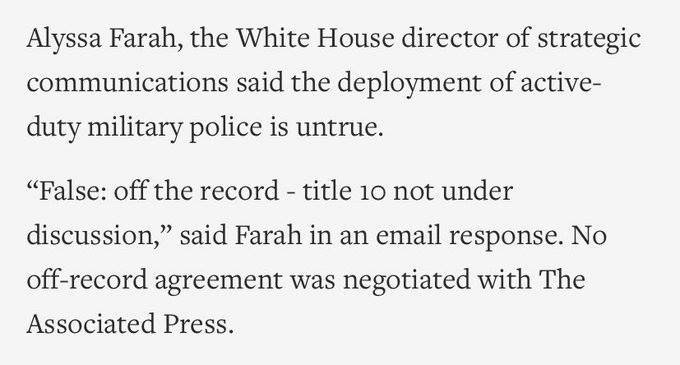 Related: Permanently banned from Call of Duty: Modern Warfare for no reason
Related: Call of Duty bulk bans riddled with false positives & may be illegal