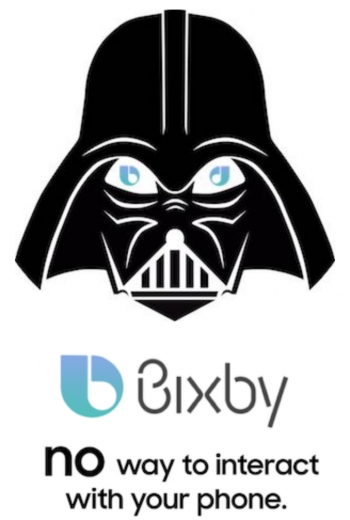 The Wall Street Journal reports that Samsung is working on a HomePod and Echo-like, Bixby-powered smart speaker, but the Korea Herald puzzlingly says Samsung needs more data to Bixby’s, presumably to cure deafness.

With Samsung still having major issues delivering on its headline Bixby intelligent assistant feature, news leaking of Samsung working on its own smart speaker seem a giant slap in the face to S8 and S8+ users.

Who the heck cares or will wait for any Samsung speaker with Bixby when Bixby has been a feckless trickster of a technological tease for most of the world?

Still, someone at Samsung clearly felt it was working leaking the earth (but not ear) shattering news to the WSJ that a Bixby-powered speaker was on the way, with the “timing” being unsurprisingly “far from determined,” with the English-language version of Bixby “delayed”.

Hey, Samsung – no sugar, Sherlock! You don’t need to be a Watson to be continually reminded of your failings in this regard.

Indeed, the Korea Herald heard from a suitably anonymous Samsung spokesperson stating: “Developing Bixby in other languages is taking more time than we expected mainly because of the lack of the accumulation of big data.”

Another anonymous Samsunger sang: “Many engineers in the US are making full efforts to develop the English version. But, (due to geographical and language barriers) their frequent reports to and communication with the management located in Korea makes the progress much slower than developing the Korean version here.”

Another massive fail for Samsung was the snatching of defeat from the jaws of victoriously acquiring Viv Labs, the developer behind Apple’s Siri.

The Korea Herald quotes a Samsung person stating that Viv “will be used later when Bixby becomes more complete.”

Sure, we have a fully working Bixby in Korean, but Bixby in English is mute.

We did have The Indian Express reporting on 19 June that US Galaxy S8 and S8+ plus users could sign up for a Bixby beta.

The article explained that “Bixby in English will be available for a full download later this month".

But here we are in early July, with The Verge reporting “Bixby reportedly delayed in the US due to lack of data.”

The thing is, this is incredibly puzzling – and ridiculous. Samsung has had its S-Voice in operation for years – was there no research being done then around the world?

There’s also the topic of Samsung’s 2013 Smart TV range. In Samsung’s press release from the time, here’s what Samsung said it was doing to make its then voice recognising intelligent TV assistant compatible with Australian voices and accents:

“Samsung Australia was one of six countries out of the global Samsung group to be selected to build its own local natural language S-Recommendation feature into the 2013 flagship TV range due to the sophisticated nature of the Australian market. This involved an RND investment of over half a million dollars from Samsung Electronics Co Ltd.

“Key features of the Voice Interaction Natural Language feature designed by Samsung and Macquarie University include:

With all this work already having been done for Australia alone, surely similar things were also done for all the world’s most important languages, accents and dialects.

And yet Bixby is still DOA – Deaf on Arrival!

C’mon Samsung. Get your act together. Your hardware is absolutely incredible – you even manufacture a lot of the parts that end up in iPhones.

But your software is atrocious.

Apple has proven that you need incredibly tight integration between hardware and software to be successful.

Keep stuffing this up and the 21st century will belong to the Huaweis of the world.

Lord knows we need strong Korean companies and competition to keep the Chinese, Japanese and everyone else honest.

Don’t let the world down, Samsung. Get the Bixby fix in quickly, and quintuple your software efforts.

Perhaps Samsung needs this kind of scenario to give its engineers a mighty kick up the backside:

Bixby Engineer: Lord Chaebol. This is an unexpected pleasure. We are honoured by your presence.

Darth Chaebol: You may dispense with the pleasantries, Commander. I am here to put you back on schedule.

Engineer: I assure you, Lord Chaebol, my men are working as fast they can.

Darth Chaebol: Perhaps I can find new ways to motivate them.

Engineer: I tell you that Bixby will be operational as planned.

Darth Chaebol: The Emperor does not share your optimistic appraisal of the situation.

Engineer: But he asks the impossible! I need more programmers! More big data!

Darth Chaebol: Then perhaps you can tell him when he arrives.

Darth Chaebol: That is correct, Commander, and he is most displeased with your apparent lack of progress.

Engineer: We shall QUINTUPLE our efforts.

Darth Chaebol: I hope so, Commander, for your sake. The Emperor is not as forgiving as I am. 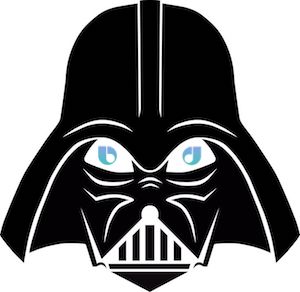 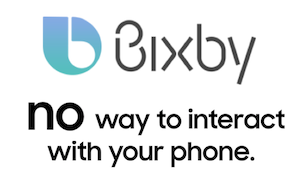 More in this category: « iPhone 8 and Ming-Chi Kuo’s 10 predictions Amaysim graces Australia with $40 unlimited 12/1Mbps NBN plan »
Share News tips for the iTWire Journalists? Your tip will be anonymous