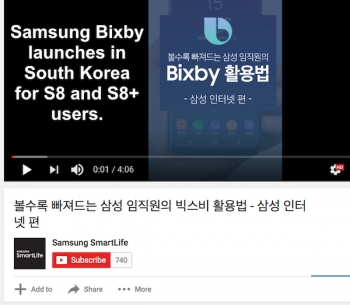 Although Bixby is due to launch sometime this month in the US, and later this year in Australia, South Korea S8 and S8+ owners can now get the Bixby update.

Samsung’s South Korean newsroom has announced that Bixby is now available for its local customers, with the Google Translated version here, and the original site in Korean here.

Samsung reminds us all that Bixby is an "iintelligent interface" that can "recognise the situation and context and provide users with an optimised experience".

We are then told that Bixby is enabled for "over 10 apps" which include "Gallery, Calculator, Weather, Reminders, Vix Vision, Messages, Settings, Clock, Contacts, Phone, Camera, etc".

At least, in their Korean versions – no doubt the English language teams will be working to enable Bixby in various English accents as well as a range of other languages throughout the year.

Naturally, as most modern software is evolved by its developers, it should come as absolutely no surprise whatsoever to hear Samsung promising its Bixby Labs apps "will improve usability based on user feedback and expand into official support apps".

Samsung explains that you can just say "Bixby" or you can press the dedicated Bixby button briefly, to activate Bixby to listen to your commands.

ZDNet suggests Bixby will still arrive sometime in May for US users, but any firm Australian launch date is still to be announced publicly.

If you’re curious, you can watch a bunch of official YouTube videos from Samsung with Bixby in action.

The videos are in Korean, but it’s all relatively self explanatory, for the system is meant to be easy to use, after all.

Meanwhile, a solitary S8 user in South Korea has complained of a burn-in problem in his week-old smartphone, in an article by the Korea Herald, which quoted a Samsung spokesperson stating: “An algorithm to prevent burn-ins is already equipped. Whether the consumer’s claim turns out to be true or not remains to be seen. At the moment, we are not receiving reports of other cases.” 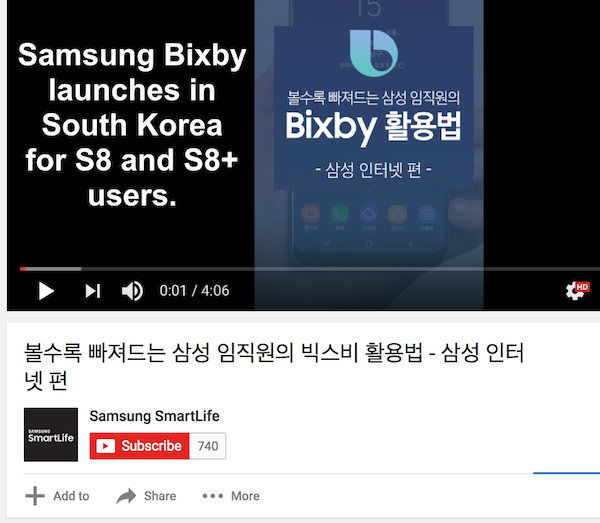 More in this category: « Bad weather widget causing Samsung S8 and S8+ random reboots? No new Samsung S8 or S8+ problems reported in past 24 hours »
Share News tips for the iTWire Journalists? Your tip will be anonymous