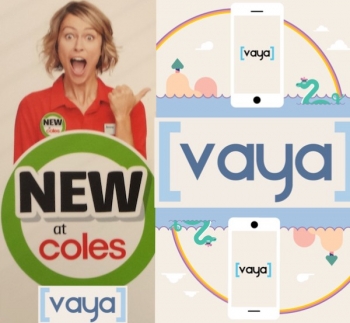 Want 5GB data per month with unlimited calls and texts over six months for $150? Vaya hopes you’ll go down down to Coles.

I don’t think I can hammer home the point any more gracefully than I have in the 25 words of the intro above, other than to add this means a price of $25 per month.

Sure, this locks you in for six months, but notice how we’re talking months here, and not 28-day periods.

We’re also talking about the first time Vaya’s SIM cards have made it into retail, and because it’s for a limited time, you can expect this will be a popular deal.

There’s also that 5GB data allocation, which is very competitive at the price.

Of course, competition is electric in the marketplace this year, with Vaya’s closest competitor being Kogan Mobile, which has its own 5GB per 30-day period and unlimited talk and text, but to get what is also an extremely competitive deal, you have to lock yourself in for a year.

Heck, six months might be too long, too, but as Vaya’s media release entices, “with just one upfront payment, wallet-conscious customers can rest easy, knowing they won’t have to worry about their mobile phone plan until the new year".

Of course, you can’t just walk into a retail store and buy a Kogan Mobile SIM, and until today, you couldn’t do that with Vaya, either.

Want an even better deal than those two?

You'll have to act really fast, with Vaya’s Groupon deal, which you can see here, offers a whopping 10GB of data per month, for three months, with unlimited talk and text, for $54 – that’s a discount of 50% over the usual $108 price.

This works out to $18 per month! The deal appears to expire on 7 July, and you have one week to redeem the deal – valid for new customers only.

The Coles deal appears to be for new customers only, too – those wanting a new number, or those wanting to port their existing number to Vaya’s Optus 4G-powered network.

Vaya spokesperson Mark Khademi said: “We’re committed to delivering exceptional value to Aussie mobile users, and expect this offer to shake up the retail space just as we have online.”

We’re told that, after the first six months, the offer will automatically change to a flexible, month-to-month plan with no lock-in contracts. There will presumably be even more deals by then, with 2018 sure to make 2017’s insane competition even crazier.

Vaya says its new mobile plan is now available at Coles until the SIM packs run out, but surely this won’t be the end of Vaya’s ambitions in the retail SIM space world. 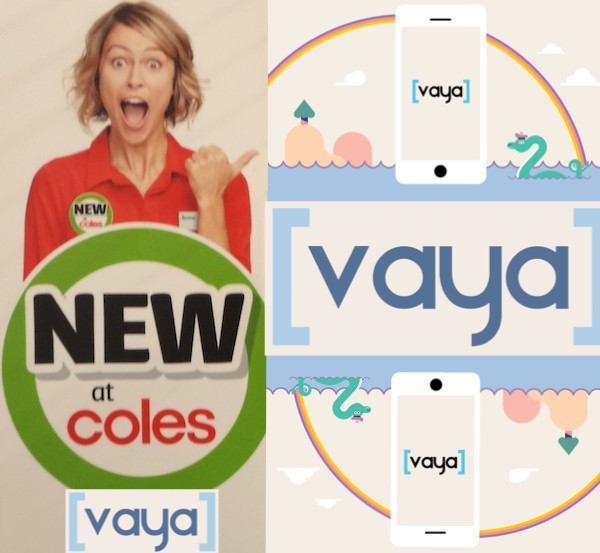 More in this category: « Telstra’s Andrew Volard reported dumped as top mobile executive 400,000 refurbs of Note 7 FE — Fan Edition, not Fire Edition — with Bixby »
BACK TO HOME PAGE
back to top