The new dumbed down Google News: how to get some of the old GNews features back 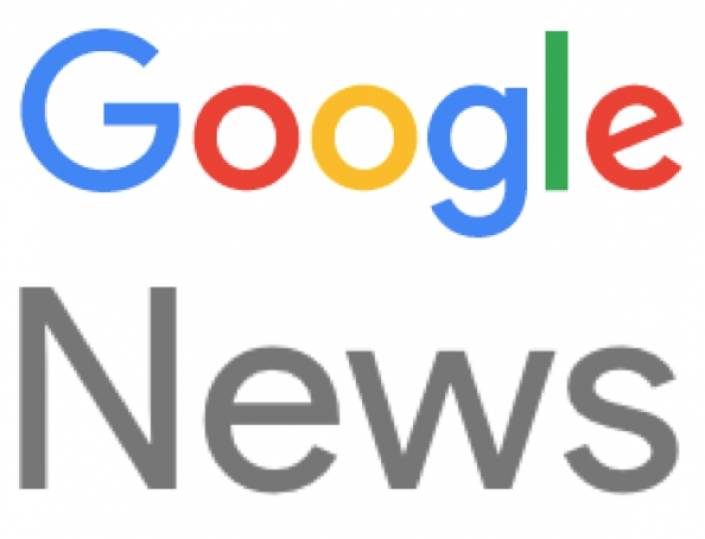 The new Google News is dumbed down, with options removed to sort by date or relevance in some areas, with other options also removed and too much white space delivering a mobile look on a large desktop screen. How can you get some of the old functionality back?

I love Google News. I’ve been using it since it started, and have loved the innovations and changes made to make it a better service throughout the years – until the most recent change in June.

You see, Google has made the new Google News its new thing: make things look like mobile interfaces on screens large enough for far greater information densities, thus giving us copious amounts of needless, wasted white space. For some reason, "white space matters" all of a sudden, with a whole stack of "white space privilege" that Google is delivering.

Not everyone wants to live in the simplified, dum-dum world that Google has engineered for Google News readers, and if you look at online forums, you can see plenty of people hate the new Google News.

Here’s one example of the extreme dissatisfaction with the June 2017 change to the new Google News, with the extremely Google-user hostile response that “I’m sorry to say that there’s not a way to revert it back to the previous version right now".

Here is another Google News user rightfully complaining and asking “where is my control over content?”.

It’s weird, because Google was famous for giving its users options and control. Now it's becoming famous for taking user control away.

UPDATE later on 13 August: This Reddit thread shows that you can change your user agent in your browser to the Opera browser, and this wil give you the old Google News interface back. I did this on Safari, and... it worked!

In Safari, you click on the word "Safari" at the top left of your screen.

Then from the drop down menu that appears, click on “Preferences”.

When that box appears, click on the “Advanced” tab at the top right hand corner of the Preferences box.

At the bottom of the Advanced tab, put a tick in the box that lists “Show Develop menu in menu bar”.

When you close this box, you’ll see a new Develop menu in between “Bookmarks” and “Window” at the top of the screen.

In the box that appears, delete what’s there and paste in:

Then click OK and load news.google.com – and the old Google News is back!

Don’t know how long it will last, but it’s worth a shot. You will have to set your user agent back to Opera when you want to surf Google News, but don’t close the tab and you’ll be fine for quite some time.

The Reddit page says you can use the following user agent as well:

This Reddit page has links on how to effect this change on Firefox and Chrome. Good luck! Story continues below.

But in the new modern world of where you’ll get what you’re given and you’ll be happy about it, we users have discovered that Google and others don’t care about helping us learn to think for ourselves, they just want to tell us how to think by spoon-feeding us new formats with no way of going back to what we’ve been using and loving for years.

Google was also famous for allowing users to go back to the previous interface for things like Gmail and other products, but when it came to news, there was a newsflash: you’re stuck with what we give you, buddy, and if you don’t like it, you’re welcome to try Bing News instead. Or something like that.

For me, I liked some of the controls that Google News once offered so I could re-order news stories by most relevant, or by date, and while some Google News categories that you go into more depth in allow that, if you simply search for news, you can’t get that option any more. It's like our choice of diversity in news and options is being taken away, rather than made even more diverse.

Bloody hell, Google. If I want take-away, I'll go to my local restaurant or fast food joint, I don't come to Google News for that.

So, like others, I have wondered how to get some of the missing Google News functionality back, and it turns out, there’s a way!

Unfortunately, the front page of the new Google News can’t be restored, as yet, to the old version, until we all start screaming at Google to stop with its moronic diversity wars and start giving the people what they bloody well want.

Diversity stupidity leaves you with a company that has two sides pitched against each other, and the smart people no longer wanting to work for a company so stupid it cannot manage its own staff, and cannot stop them being at each other’s throats.

What next, four browsers good, two browers bad? Or is that only for the legs inside of Google's animal farm? If this is Sundar Pichai's legacy, he'd better start pitching for a new job.

It’s also a company that, if it continues along the stupidity path, will leave customers wondering whether they can trust Google with their private data, because why trust a company whose own employees don’t trust each other?

The Federalist explains this beautifully.

So, to get the old Google News search, sorting, time and date and other Google News functionality back, you simply need to search for your news items from the front page of Google.

From here, you can type in what news topic you want to search for, and then press the search button, if the autofill and auto-show-you-results screen isn’t already showing you results.

Then you simply click on the "News" tab at the top of the screen, which is flanked by the usual “All, Images, Shopping, News, Videos, More, Settings, Tools” tab at the top.

When you click on “News”, you get news results.

You also have the “settings” and “tools” items on the right hand side of the search results at the top tab.

It is by pressing the “Tools” tab that you get another tab appearing, with this one showing you “The Web, All News, Recent, Sort by Revelance.”

Clicking “The Web” lets me search only Australia instead. Clicking “All News” lets me just search by Blogs if that’s all I want.

Clicking “Recent” gets you “Past hour, Past 24 hours, Past week, Past month, Past year, Archives and Custom range…”.

Clicking “Sorted by relevance” lets you then also choose “Sorted by date”.

These are the more advanced features that Google has cruelly and stupidly cut out of its Google News interface, dumbing it down for smartphone users rather than keeping its interface advanced, or at least able to be used in a more advanced manner by those who understand how to use those features – and who want to use them!

So, you now know there’s a way to restore some of Google News’ more advanced features, but until the Google News engineers have a brainwave and allow its users to choose the interface that suits them best, you’ll just have to accept that Google thinks you’re a dummy that needs a dum-dum interface because the dummies at Google say so.

Here's a screenshot of what I was describing above, allowing you to get some of the old Google News features back: 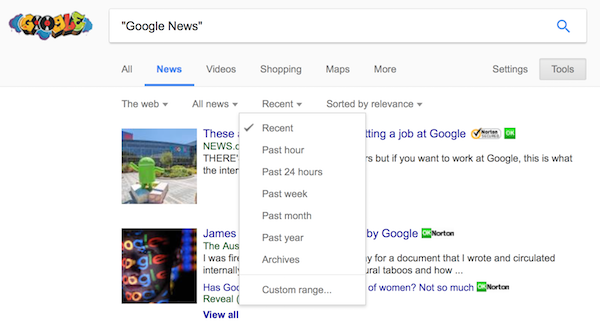 More in this category: « VIDEO LAUNCH: Should you ‘Never Settle’ for a OnePlus 5 or OnePlus anything? FttK the NBN: Fibre-to-the-Curb Your Enthusiasm »
Share News tips for the iTWire Journalists? Your tip will be anonymous