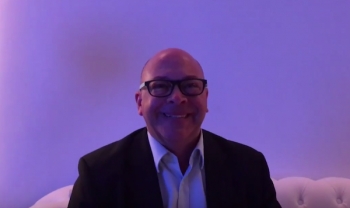 Telstra’s Director of Device Management, Andrew Volard, is reportedly out at Telstra, with a restructure of Telstra’s Mobile division set to follow.

Telstra can charge more, or even the most, because it genuinely offers most of its customers a great Internet, phone and business service.

There are plenty of Telstra customer horror stories, but every major company has those, and for the most part, Telstra can only get away with charging more for its services because they’re genuinely better than the competition.

After all, if they weren’t better, or if they didn’t offer mobile service in places that competitors didn’t, would you bother paying more? You simply wouldn’t – that’s how the market works, after all.

The thing is, Telstra has tried to be competitive. It has a value brand called Belong, which is to Telstra what Jetstar is to Qantas.

Telstra has Boost Mobile targeting the youth market on the Telstra pre-paid network, but then Telstra’s own prices for pre-paid are very competitive, too.

Also, Telstra’s NBN prices don’t seem to be that different to others when you want 1000GB of download – sure, you can pay lower prices, but then you definitely know the ISP offering that lower price is likely stuffing their service with more customers than their bandwidth allocation can properly cope with at peak times.

The said, I’m an iiNet VDSL2 customer in Canberra, so I don’t use Telstra or anyone else’s NBN connection, but then the slowpokes at NBN Co haven’t switched the NBN on where I live in any case, so I’m damned lucky to even have iiNet VDSL2 available at all – with very nice 70Mbps down and 30Mbps up speeds.

So, with Telstra having competitive prices available, it was interesting to read in Channel News that Telstra’s Andrew (Andy) Volard had been “dumped.”

The report says Volard’s position has been made “redundant,” and follows a “downturn in Telstra’s mobile business".

Well, sure – when you’ve got Vodafone offering 35 day pre-paid deals, when you’ve got more MVNO activity than ever before on Telstra and competing networks offering ever better value for money (Kogan, OVO, Amaysim, Vaya, Boost Mobile and even Telstra’s own Telstra pre-paid) all competing with Telstra’s post paid business, you end up with a lot of pressure on Telstra’s overall and presumably mostly post-paid consumer and business accounts.

Channel News reports that Telstra will undertake a “major overhaul” of its mobile business, but unless this means much more competitive pricing and/or greatly increases mobile data allocations, then exactly what will this major overhaul mean?

If we get a few more brands of smartphones, such as the new Huawei models, Oppos and whatever else, you definitely give customers more choice but you make things harder for all those Telstra stores now having to display and hold even more stock than they presumably do now.

Look at Virgin Mobile in the US – they’re an iPhone-only carrier. Talk about simplification and having the very best brand of smartphone in the market!

Perhaps Telstra will now bite the bullet and do as its American cousins are doing, and introduce those “limited” unlimited plans, where calls are unlimited but data gets “de-prioritised” after hitting 22, 23, 26 or 28GB, depending on which US carrier you’re connected to.

I mean, as long as you’re not slowed to fraudband-like speeds of 256Kbps, and are maybe limited to say 1Mbps speeds, then this would be pretty amazing for an “unlimited” plan once you've hit "deprioritised speeds".

But maybe that’s just too much for Telstra’s network to take, given it would be popular – at the right price.

And given prices are usually higher on Telstra, well this unlimited deal probably just won’t happen locally anytime soon, and not on Telstra first but an MVNO.

Look – I don’t know, I’m not running the mobile business of any major telco, but if the Americans can do it, we certainly could, too. Especially seeing that unlimited data really isn’t unlimited data after all, or at least, not at “unlimited” speeds.

Maybe Telstra will strive to do a $5 per day roaming deal like Vodafone, a deal I port over to and take advantage of every time I travel overseas, as it’s such an unbeatable deal for travellers.

Sadly though, that’s all just speculation. I just hope if there is a true overhaul of Telstra’s mobile business, that it really is an overhaul. If we end up with prices still higher than competitors, then what would the point of overhauling things, unless it was simply an excuse to move Volard on?

Channel News does speculate that Volard’s exit “could see several new brands being sold at the big carrier as Volard had earned a reputation for sticking to known brands and partnerships".

It also reports that Volard joined Telstra in 2008, before which he was managing director of Motorola’s mobile business in Australia, and before that, head of Product Management at Ericsson.

The news site also suggests the move to “restructure” Telstra mobile had been planned for “months,” and quoted an anonymous Telstra staffer stating: “They have had major network problems. Their product is expensive and despite what Telstra say their customer service operation is a major problem.”

Well, I’m not sure how Volard could be responsible for Telstra technician stuff-ups in the network, nor can I see how Volard had any real control over how Telstra’s customer service people did or didn’t handle customer issues.

To me, Volard was always a consummate professional, a great executive, and oversaw the greatest expansion of Telstra’s network and device range ever – in concert with all the other executives and the people on the ground doing the actual network upgrades and in-store sales work.

I did reach out to a Telstra spokesperson to see if they could confirm the news, and received the response that Telstra doesn’t “comment on individual changes in the business especially at the executive level” and that they “weren’t in a position to add anything” to the news".

Pointedly, this meant no denial of the news, so it seems clear that Volard’s time at Telstra is definitely up, which for an executive means they get a new meaning to the term “dropped connection".

From my perspective, Andy has clearly been a great telco executive who would have a wealth of useful information to draw on wherever he ends up next in the land of Australian telcos – if that’s where Andy wants to continue working.

I only wish the best for Volard and hope that he finds a great position in another telco somewhere soon, and whether there’s some other shoe yet to drop or not, I’m sorry to hear the news.

More in this category: « Ransomware runs amok, Microsoft still silent Vaya’s new offer at Coles: 6 mths talk with 5GB pm data for $150 »
BACK TO HOME PAGE
back to top