Samsung Bixby: Voice control feature on Galaxy S8 and S8+ not available in US at launch Featured 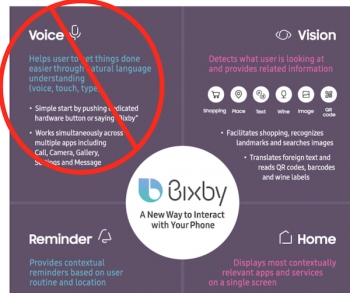 It’s not just Australians and the rest of the world that will be unable to use the Bixby voice control at launch, now Samsung admits the US won’t be able to either.

Samsung’s Galaxy S8 and S8+ smartphones are the South Korean company’s answer to every competing Android smartphone – and more importantly, Samsung’s answer to the iPhone 7.

Of course, by the time the iPhone 7s or the rumoured iPhone 8 arrive around September this year, Samsung would presumably have launched a Note 8 smartphone complete with stylus.

Samsung releases two major flagships per year in an attempt to stay as fresh as possible against the yearly iPhone onslaughts, which outsell all Android flagships combined.

Yes, Android itself does outsell iPhone, but that’s only when you count all of the low-end, entry-level, mid-range and upper mid-range Android models out there.

When you compare flagships for flagships, however, Apple outsells competing flagships by a large margin.

So, when Samsung launches a new phone, it really wants to deliver the biggest bang possible to entice potential iPhone and other Android buyers over to the Samsung side of the fence.

Unfortunately, sometimes things don’t quite go to plan, and that is what has happened with Samsung’s otherwise seemingly quite impressive Bixby virtual assistant.

Bixby appears to be quite smart, as explained in an earlier iTWire report, in that Bixby has some augmented reality smarts, has intelligent reminders, displays ‘contextually relevant apps and services on a single screen’ and also has voice control capabilities.

While some would say that both Siri and Google Assistant can also do many of the same things and will quickly add whatever features Bixby has that they don’t very quickly, one thing you would have expected Samsung to get right from the get go is the voice control feature.

It is the primary function of Bixby – voice control of your S8 or S8+. The other features are very useful, that is for certain, but if you want to voice control your S8 or S8+ at launch in the US, Samsung has now informed the media this won’t be possible.

Yes, we know it wasn’t going to be possible in Australia for some time yet, but it was expected to launch in the US as soon as the S8 and S8+ went on sale.

Presumably this work cannot be translated to Bixby, which is unusual, but, when you deal with technology, just about anything can happen.

In any case, Samsung has told US tech site ‘The Verge’ that Bixby won’t be available to US S8 and S8+ owners until "later this spring", which is either weeks or potentially months away.

The Verge quoted Samsung’s statement: “Key features of Bixby, including Vision, Home, and Reminder, will be available with the global launch of the Samsung Galaxy S8 on 21 April. Bixby Voice will be available in the US on the Galaxy S8 later this spring.”

So, if you wanted to use Bixby to voice control your phone with Bixby’s "natural language understanding" across "multiple apps including Call, Camera, Gallery, Settings and Message", then you’ll have to wait.

You might also have to wait for app developers to integrate Bixby into the apps they’ve developed.

After all, Siri is standard on all modern iPhones, and despite a year of SiriKit allowing developers to make their apps work with Siri at a much deeper level, there’s still plenty of apps Siri can only open but not work more deeply with.

Thus, if Apple is having issues getting more developers on board, Samsung may find itself with similar issues, especially when Samsung has to fight for developer attention when it comes to Google Assistant, something that will be much more widely available than Bixby.

In the end, the rise of the robots, or rather, virtual assistants, is already here, but for all the advances we’ve made, for all the artificial intelligences we’re trying to evolve, it’s very clear that, compared to sci-fi novels, we still live in the B&W era of technology.

That means the best is still yet to come, as are potential T-800 and T-1000 nightmare dystopias, but with sci-fi meant as a warning from our past to our future, I can only hope humanity heeds the warning to use actual intelligence to keep the artificial in check. 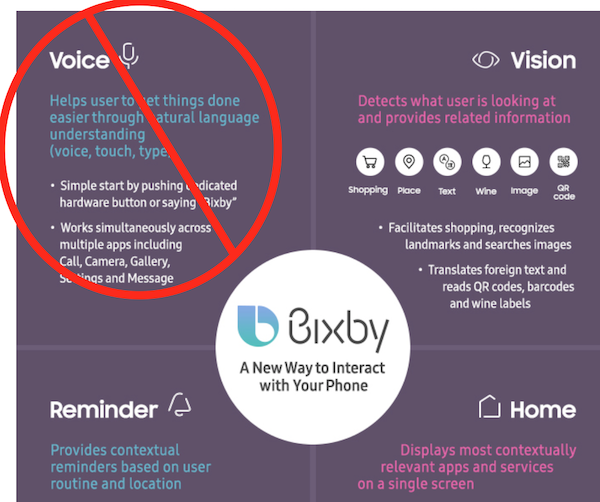 More in this category: « No surprise that NBN-connected homes use more data than homes without: latest NBN Co stats VIDEO: iPhone 7 blitzes Samsung S8, LG G6, Google Pixel and OnePlus 3T in most tests »
Share News tips for the iTWire Journalists? Your tip will be anonymous