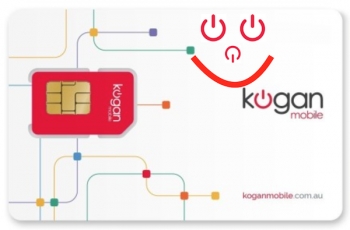 Earlier this week, Vaya announced its SIM cards would be at retail for the first time, with a six-month deal for $150, but Kogan can demonstrate better value.

As always, competition in the mobile space is raging hot, not just the smartphone space, but in the provision of mobile service,

Earlier this week, Vaya announced its brand new, first time retail offer: $150 for six months of unlimited talk and text, with 5GB of data per month.

That works out at $25 per month, and compared to various other deals out there from MVNOs and major telcos alike, it’s solid value for the money.

However, as is often the case in the world of e-tail, consumer electronics, a range of other products and services, and mobile service, Kogan Mobile has struck back to remind us all that its current promotion delivers the same service for less money.

And, if getting the best value is something you value, then you may well find this information about Kogan Mobile’s better pricing to be quite valuable, indeed.

Now, it’s important to note that Vaya uses the Optus 4G network and that Kogan Mobile uses the Vodafone network.

The Optus network has better regional coverage than Vodafone, but both networks have strong city coverage, even if Telstra trumps them both for the best Australian coverage of all.

That said, Vodafone and thus Kogan Mobile does also offer Visual Voicemail for pre-paid iPhone users, something Optus only offers its corporate customers, and Telstra only offers its post-paid customers.

If you’re an iPhone user, the ability to get Visual Voicemail may well be the factor in swinging you to Kogan Mobile, but it’s of no relevance to you if you’re an Android or other smartphone user.

It is a real shame that Visual Voicemail isn’t simply a standard thing for all iPhone customers globally. Not having it is decidedly annoying for iPhone users but as its lack rates as a first-world problem, it’s hardly the end of the world.

So, after posting the Vaya story, I was contacted by Kogan Mobile’s PR people noting that “Kogan’s current promotion on its 5GB plans (with unlimited voice and text) means you can buy 2 x our 90-day plans and it’s still cheaper than Vaya".

I responded asking whether you could get Kogan SIMs anywhere at retail yet, as I knew that was a big part of Vaya’s offer beyond simply the $150 for six months deal.

I received the response that Kogan SIMs “are only available online through the Kogan website which you can access by clicking on this link".

I clicked on the link, and Kogan SIMs are zero dollars each, with free postage, for a limit of two with 2-5 days delivery. That’s surely not as instant as going into a Coles supermarket and buying a SIM, but when the SIM can be delivered to your letterbox free of charge, that’s pretty damn good, too.

So, we’re only talking a couple of cents difference per day, but Kogan Mobile squeezes through as the cheaper provider, with Visual Voicemail for iPhone users who want it.

Naturally, Kogan Mobile chief executive Ruslan Kogan offered a comment, stating: “Our aim with Kogan Mobile has always been to offer the best deals possible, to reduce the cost of connecting to the world.

“It’s now easier than ever to switch mobile providers, keep your existing phone number and stop having to worry about bill-shock.”

To be fair, both providers can help you stop worrying about bill shock, with the MVNO mobile market so competitive that presumably a large volume of users is the only way to make a decent (or any kind) of profit, but as usual, this simply means the customer is the winner in the price wars.

After all, you don’t see this kind of competition in North Korea, except in how fast the government can itself become a mobile actual missile operator (MAMO, not MVMO), and how long the elite can stay in Kim’s favour before being executed by anti-aircraft guns.

So, be glad that the only things that Kogan and Vaya are gunning for is ever better customer value, done by gunning for a well deserved and earned profit for themselves – and not by threatening to blow up the world with bombs, but simply the bombshell of ever better prices for us all. 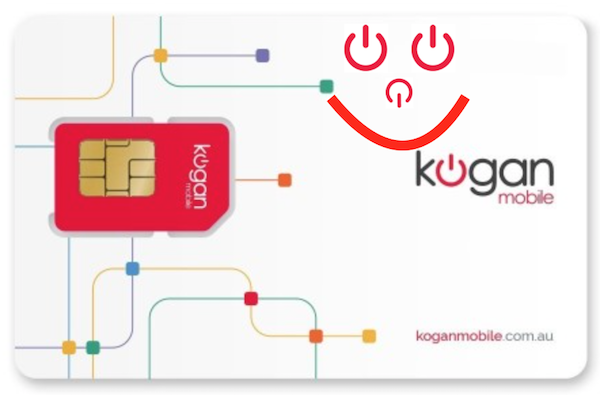 More in this category: « Amaysim graces Australia with $40 unlimited 12/1Mbps NBN plan With Amazon coming, is it better to work with the Goliath than fight it? »
Share News tips for the iTWire Journalists? Your tip will be anonymous