Is today the day the Facebook starts MySpacing itself? Featured 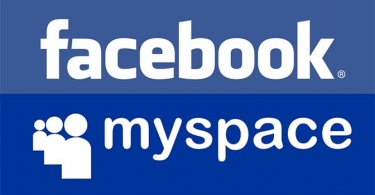 OPINION: With Facebook now blocking Australian news sites from posting their news stories to Facebook, along with many organisations like the Australian Bureau of Meteorology an unexpected casualty, has Facebook begun a descent into Myspace-like irrelevance?

It's all over the news - well, except via shareable news reports on Facebook - that Facebook has blocked Australians from viewing and sharing news content, as reported on iTWire this morning.

iTWire also reported on how the Australian Bureau of Meteorology's posts have been blocked on Facebook, along with the Australian Unions site, State Health Departments, and more.

Australian Treasurer Josh Frydenberg and Australian Communications Minister Peter Fletcher both slammed the move, as you would expect.

The thing is, Facebook has now just made its site a lot less interesting, and it is training Australians - and Internet users globally - the Facebook is no longer a trustworthy source for real news.

Why go to Facebook when you can just go to directly to a news site, or the Bureau of Meteorology?

Facebook is obviously only truly hurting itself, and just shows that it is an aggregator of content that you don't really need in your life.

Earlier this week, the news leaked that Facebook was planning to create its own smart watch, but given Facebook CEO and founder Mark Zuckerberg has essentially been on an apology tour for over 15 years for besmirching various aspects of people's privacy, who in their right mind would trust health data to Facebook?

Would you want an ad to pop-up to see your doctor for blood pressure medication because your heart starting beating faster because you were laughing hard at the latest cat video?

And what about all those creepy stories of ads popping up in people's Facebook feeds for things they swear blind they were just speaking about a few minutes ago and hadn't even searched for in Google or Facebook yet?

Of course, Facebook denies it listens in to you, but I can tell you, I don't have the Facebook app installed on MY phone - I just use its website from time to time, and that is mainly to read the latest puns from a "pun fun" group that I was invited to visit.

If Facebook were to disappear tomorrow, the Internet would actually be improved. There'd be less traffic, less wasting of time on cat video crap, and all those influencers who make thousands of dollars per post on Instagram posts (a social media platform owned by Facebook) would have to get real jobs somewhere else, or band together to create their own Instagram clone.

Creepy Mark Zuckerberg would have to get a real job, too.

Facebook has done Australians and the world a big favour by sabotaging itself. Its platform now has less content, and it is forcing Australians to go directly to relevant news and information sites, rather than having that information filtered through Facebook.

Facebook and other digital platforms, especially those based in the US, have also been ignoring the US first amendment right to free speech.

Oh, I know that Facebook and Twitter, for example, are private companies, and free speech rules don't apply to them, but speech is either free, or it isn't.

Facebook banning all kinds of people from its platform, and Twitter too, just shows that building a business, a network or frankly anything on these platforms is dangerous.

Your following, your business, all the work you have done on these platforms can be deleted in an instant.

Facebook, thank you for pushing the nuclear button. Now you will have to deal with the radioactive fallout, and you've taught people NOT to go to Facebook for real information.

Go to the websites of the organisations you are interested in directly. Those sites are still up, and Facebook can't take those down.

Today may well be the day that Facebook begins an irretrievable decline into becoming the next MySpace, and few people will shed a tear over that.