Is Huawei 5G ban in Australia part of the current battle for PM? Featured 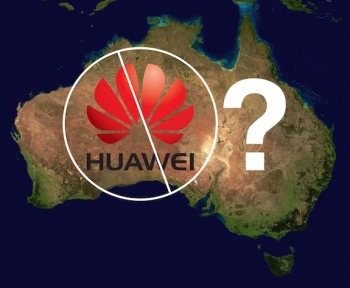 Australia's Prime Minster Malcolm Turnbull looks set to lose his job tomorrow, and with the Huawei 5G ban arriving today too, might Huawei find the ban rescinded in the near future?

If you've known me, I haven't been a fan of Malcolm Turnbull. I was horrified when he stole the job from former PM, Tony Abbott, and Turnbull's performance over the last few years has been, frankly, despicable.

Right smack bang in the middle of all this has come the news that Chinese telecommunications company, Huawei, has been banned from participating in Australia's forthcoming 5G network, along with Chinese company ZTE.

This news was reported in iTWire earlier this morning by colleague Sam Varghese in an article entitled "Huawei, ZTE to be excluded from Australia's 5G network".

But is this move politically motivated, and what does it mean for Optus and Vodafone, who both extensively use Huawei equipment?

Will this mean Ericsson and Nokia can now charge Australian telcos higher prices?

In a News Ltd article entitled "Huawei banned from Australian 5G network", we see a tweet which says "One Lib says that acting home affairs minister pushed out Huawei 5G today as part of his leadership pitch."

One Lib says that @ScottMorrisonMP as acting home affairs minister pushed out Huawei 5G today as part of his leadership pitch.

If Huawei's access to helping Australian telcos build 5G networks is being used as a plaything of politicians vying for political power, rather than doing the right thing by Australians, then this is a terrible move.

It also means that the decision could be rescinded once the political waters calm, and potentially an election is held, no matter who ends up winning – be it Bill Shorten and Labor, or the Liberal Party led by whoever ends up leading the party.

I also want to make it very, very clear that I have travelled, at Huawei's expense, to cover its "Seeds for the Future" corporate social responsibility program in 2016 and also in 2017 to see Huawei's HQ, and to interview the Australian university students selected to be part of the program.

Both article published above contain a range of video interviews with the students, university professors and staff, Huawei executives and the students themselves.

I have also written about various Huawei developments over the years, and will continue doing so in the future, just as I write about a wide range of technology companies in the consumer, business, government, enterprise and telco spaces, which I have done for a couple of decades.

None of that has any bearing whatsoever on my opinion – I am not biased towards Huawei.

I simply state that Huawei should be treated on the facts, and fairly. Huawei wants to set up a technology centre that allows Australian authorities to thoroughly investigate its technologies to ensure there are no backdoors, as Huawei has done in the UK.

Does Australia not have confidence in its technical people to be able to forensically investigate and evaluate Huawei's technologies?

If Huawei's technologies stand up to heavy Australian (and global!) scrutiny, then why would we exclude them from being strong competitors?

Naturally, if any espionage, backdoors or other findings prove that Huawei is trying to pull the wool over our eyes, and is acting as an agent of the Chinese Government, then of course, actively working with Huawei would not be in the interests of Australia and Australians.

Of course, Huawei has a potential customer base of over a billion Chinese consumers, and China has excellent relations with many countries globally in a way that used to be the main province of the US, and those countries may feel pressure to use Huawei tech whatever is discovered about them.

But Huawei and China are not monopolies. Competition is fierce in China, and both Nokia and Ericsson are no minnows by any stretch of the imagination, and they no doubt get a lot of their technologies manufactured in China!

This is true of most major technology today. Apple has the vast majority of its products made in China, but do we worry that Foxconn is secretly building in backdoors for the Chinese Government?

No, but then Apple is a US company, not a Chinese company.

Still, I humbly suggest that Huawei is treated fairly, and on a factual basis. If we are concerned about their technology, then it needs to be thoroughly investigated so that we can be as certain as we can be that we are getting what we pay for.

That investigative work can never end – the price of freedom is eternal vigilance.

Again, Huawei would sign a death warrant for itself in the West if it was proven to be an actual, active agent for the Chinese government.

Talk about a rock and a hard place. Now Huawei is banned right in the middle of Australia's worst political crisis in decades.

Whether this ban will stand is yet to be seen, but if Huawei is to be banned, it needs to be on the basis of actual evidence, and not at the political whim of those in a wild and vicious battle for political power.

More in this category: « Greens want more electric cars, but will they become too expensive to drive? The gigabit fibre NBN is a lost opportunity, when will we build and get it? »
back to top