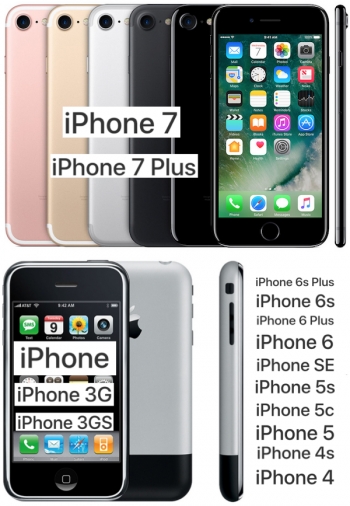 On Thursday, 29 June, it will have been 10 years since the iPhone first launched and changed the world forever – and continues doing so to this very day.

The year 2015 saw the iPhone 6S and 6S Plus, while 2016 saw the arrival of the 4-inch screened iPhone SE with the same processor as the 6S in March.

Then in September 2016, the tenth generation iPhone 7 and 7 Plus launched.

While this would make any iPhone 7S launched in 2017 an 11th-generation device, the original iPhone from 2007 and iPhone 3G from 2008 both featured the same Samsung 32-bit ARM processor, so in some ways the 2017 iPhones will really be the true 10th generation iPhones to arrive after all.

That said, whichever way you look at it, we’ve had a decade of iPhone having changed the world, a decade of attempted iPhone killers, a decade of competitors trying to knock Apple off, and a decade of Apple beating competitors to become the most famous and profitable consumer electronics technology company on Planet Earth.

We also have 2017 as the year we’re rumoured to see not only the iPhone 7S and 7S Plus, but an iPhone 8 too, with what would be the first new form factor design change since the iPhone 6 models in 2014.

The iPhone 7S and 8 models are expected to receive the Apple A11 64-bit ARM processor, with the iPhone 8 set to expand the screen size by reducing the bezels on all four sides of the screen, and placing the Touch ID fingerprint sensor underneath the display of an iPhone for the very first time.

There has also been speculation that Apple might place the Touch ID sensor on the rear of the iPhone 8 as Google, Samsung and others have done due to difficulties with accurate fingerprint recognition under the glass, but more recent rumours suggest Apple has figured out how to do it – but only launch day will truly confirm one way or the other.

There’s talk that the iPhone 8 would have a new vertical twin-camera configuration for better depth perception in augmented reality scenarios, based on leaked iPhone 8 casings that may or may not be real.

Better cameras, more RAM, larger storage sizes up to 512GB are all expected, but what Apple has kept secret will be heavily scrutinised on launch date, including whether any Apple augmented reality glasses might arrive sooner than expected, even if rumour mongers suggest they’re at least a year off.

So, what happens with this year’s iPhones is still being leaked, purposefully or not, but they’ll likely continue leading competitors in terms of raw processing power, in terms of a very efficient pairing of Apple-designed hardware and software, excellent battery life and more.

Apple has also succeeded dramatically in terms of its App Store and iPhone accessories.

Before the iPhone, apps for smartphones of the era were few and far between, and were expensive as well.

Apps almost took off in a big way during the mid-90s with the Palm Pilot personal digital assistants, but it took the iPhone to truly make smartphone apps a massive success, and to make them affordable at prices vastly more affordable than for competing devices.

Not only was this app ecosystem a triumph, but Apple also helmed the greatest ecosystem of accessories ever designed for smartphones, so much so that fortunes have been made by people merely selling software and accessory hardware for Apple’s devices.

iPhones have dominated the last decade, with every other smartphone maker trying to copy the device's innovations.

Apple has smashed Windows Phones, Windows Mobiles and now Windows 10 Mobile into servicing a tiny subsection of business users only, and has done the same for the once mighty BlackBerry.

The Nokia operating system called Symbian, which once ruled the roost, only exists on some candy-bar style feature phones you see at the cigarette counter of supermarkets.

Even Nokia, which effectively abandoned its Symbian operating system to take up the Windows Mobile operating system, is introducing Android-based smartphones in Australia at a special launch tomorrow (27 June).

Yes, when you start paying $200 to $500, you get a better low-end to mid-range phone, and when you are paying $500 and up you have more solid upper mid-range power, with the most expensive Android phones at similar prices to Apple’s iPhones delivering flagship prestige and performance – although as Apple always says, if it isn’t an iPhone, it isn’t an iPhone.

Apple also makes more than 90% of the profits in the smartphone world, and with its continued leading of the race in terms of technology and features, it has the greatest customer satisfaction, or ‘customer sat’ as the company's chief executive Tim Cook likes to describe it.

Features that Apple introduces get used by the widest number of users, rather than features segregated between different brands in the Android space and which don’t get propagated widely.

Examples of this in the Android world include technology from HTC in its new HTC U 11 phone, which lets you physically squeeze the sides of the phone to take actions like zooming in, or taking photos. Unless more Android devices offer this feature, it will end up largely ignored by the vast majority of Android app developers.

Then there were features like using your eyes to scroll up and down on websites, ebooks and other pages of information that made it into the Galaxy S4 smartphone, but which never made it into other brands of Android smartphone and which Samsung abandoned with the Galaxy S5 and onwards.

I had hoped and expected that Samsung would perfect this technology – but instead, Samsung found it too hard, and simply abandoned it instead. What was once a flagship feature first heavily rumoured and foreshadowed, then a key launch feature and highly promoted was cast aside.

A Huawei or two, from memory, tried introducing the same kind of screen pressure sensitivity that 3D Touch on iPhone 6S and 7 models deliver, but that feature otherwise doesn’t exist on competing Androids.

Even the stylus that Samsung has popularised with its Note series exists in a competing format on one or two LG models, and that’s it. Other Android makers have ignored the technology, while Apple has improved it this year with its 2017 iPads.

Perhaps 2017 will be the year that Apple allows its Apple Pencil to work with iPhones, too – it’s something we’ll just have to wait and see for later in the year.

If I look further, I’m sure I can find other examples of features that are available on individual Android competitors that you don’t (yet) see on iPhones, but the reality is that Apple’s iPhone led the way for the smartphone generation, turning the humble digital mobile phone into our most personal computers yet and, despite ferocious competition from Samsung, Huawei, Google, Oppo, LG, Sony, HTC, Microsoft and others, continues leading the race.

The next 10 years promises true breakthroughs in virtual and augmented reality beyond anything we’ve seen thus far, and even beckons to a world where people will start getting chips and computers embedded into their bodies and brains, scary and potentially Terminator-like dystopian scenarios that might end up being real.

Still, that scenario is too far off for most people, and with any luck humans will be very smart and careful about how any future bionic smart technologies evolve and are implanted, but the last 10 years have been mere baby steps compared with what’s coming.

The "Jesus Phone" was indeed the second coming of the smartphone revolution, and delivered to us all our most personal computers of all.

But, as long as we don’t blow ourselves up in a nuclear, economic, environmental, extraterrestrial or other catastrophe first, by the grace of God, the best is still yet to come! 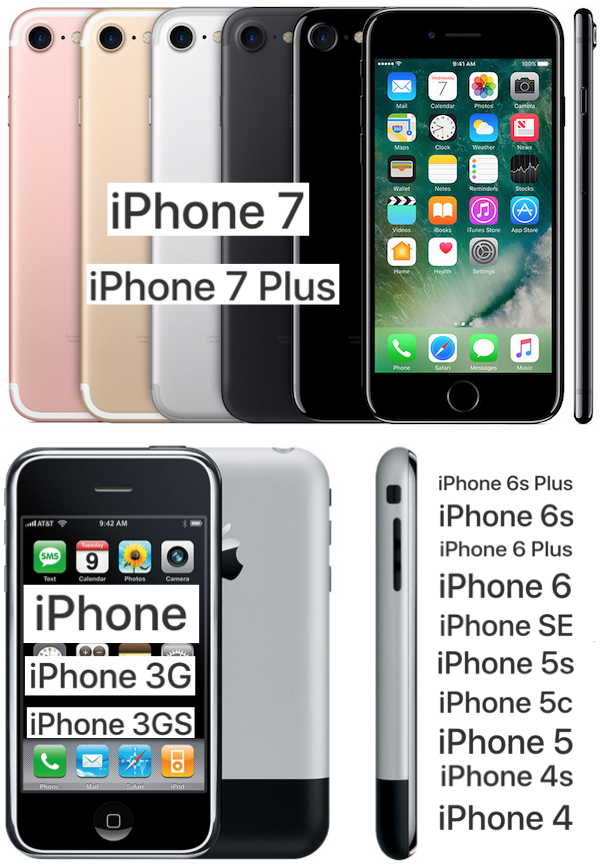 More in this category: « VIDEOS: Microsoft’s uncanny Xbox One X – most powerful console, also a Windows 10 PC? Gmail to stop appalling practice of scanning emails to deliver ads »
BACK TO HOME PAGE
back to top