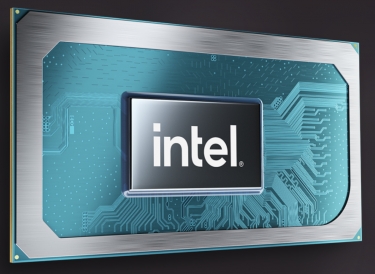 Intel says its new processor is faster than AMD’s top Ryzen processor, but both companies series of processors, from the low-end to the high-end, are still challenged by Apple’s M-series processors, with the M1 soon to be augmented by an even more powerful M2.

In the world of CPUs or central processing units, a revolution has been taking place. Following more than a decade of more-or-less relatively incremental updates with Intel’s Core-series processors, AMD came along and started eating Intel’s lunch, dramatically upping the ante and forcing Intel to get off its backside and start responding with vigour.

In the meantime, Apple has been working on its RISC processor architecture since 2008 when it purchased PA-Semi, and since the A4 processor in the iPhone 4, Apple has been crafting its own processors that get more advanced every single year, culminating thus far in the M1 - which has incredible performance, using the most advanced 5nm technology, even in a fanless configuration.

The M1 processor has so threatened Intel that it created a series of YouTube videos featuring actor Justin Long to promote Intel PCs - the same Justin Long from the Mac vs PC ads from the 2000s.

Intel’s new 11th-gen Intel Core H-series mobile processors, code-name Tiger Lake-H, are its latest and greatest, with the top end i9-11980HK billed as being 19% faster than the 10th-generation equivalent in multithreaded operations, along with the fastest single-threaded performance of any laptop processor.

The thing is, this is Intel’s top-end processor - it doesn’t sound like it will come cheap, which means you won’t find it in computers under $1000 AUD.

However, no matter what Apple does in the short term, PCs are still very popular, and won’t be going away any time soon.

PCs are very strong in gaming, and Windows 10 is still the world’s most used operating system for traditional computers, and so Intel’s belated improvements are great for home, business and other customers who depend on PCs, and especially those who want the best performance.

It also helps AMD to work even harder to continue outdoing Intel, and makes Apple work harder too, along with Samsung, Qualcomm, and everyone else in the CPU business.

So, what does Intel have to say?

“11th Gen H-series is the industry’s most performant mobile processor that empowers users to game, create and connect with leadership performance at any enthusiast form factor.”

You can an Intel video and plenty more details here.

“Built on the 11th Gen Intel vPro platform, the unriva;led business-class PC platform delivers comprehensive hardware-based security4 and breakthrough performance, as well as powerful computing experiences for professional users such as engineers, data scientists, content creators and financial analysts who need to tackle multi-threaded, performance intensive applications at their desk, or on the go.

“With more than one million 11th Gen H-series processors shipped to Intel partners worldwide by launch, whether it’s for high-refresh gaming, robust content creation or mobile workstations, no one offers people more choices and availability when it comes to mobile computing.”

You can find much more on Intel’s 11th-gen processors here.