Greens want more electric cars, but will they become too expensive to drive? 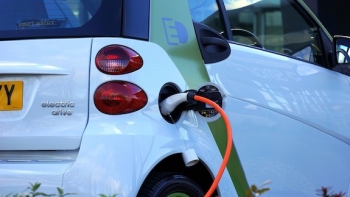 If energy prices in Australia don't come down, the cost of living, heating your home in winter, cooling it in summer and more will continue skyrocketing – let alone adding electric car charging prices on top of that.

Australians reportedly now have the highest power prices in the world, despite huge reserves of coal, natural gas and uranium that we aren't using, and while renewable energy sources continue evolving, the wind doesn't blow 24 hours per day.

Neither does the sun shine at night, and during the day, it even gets blocked by rain and clouds from hitting the solar panels you might or might not have on your roof, or those your energy company might have installed, meaning we miss out on fully capturing the sun's potential to the maximum of current ability.

Battery storage technology also remains wildly expensive, and they don't last forever either, needing replacement every few years as they run through their charge cycles and lose charge far more quickly, just like an old battery in an old mobile phone.

Naturally, while I most definitely have faith in the human ability to advance technology and make solar, wind and battery technology vastly more efficient and effective at some point in the future, we are all living our lives and paying our bills today, and not several decades hence.

When renewable energy truly becomes as reliable as current base load power sources, most of us reading may well be dead from old age — unless medical miracles keep us all alive for much longer — but at least our children and children's children might enjoy the renewal energy utopia the Greens might fervently wish existed today (and I wish existed today too), but sadly doesn't – yet.

All of that said, and given the obvious inevitability of the electric car revolution, the Greens are nevertheless calling on the Federal Government to "accelerate electric vehicle uptake", following Friday's Senate hearing on electric vehicles.

The Greens state that "Australia’s failure to join the electric vehicle revolution has dire implications for the economy, jobs, public health and reducing carbon pollution".

There is, of course, intense debate over whether carbon dioxide is pollution when we naturally breathe it out, and plants breathe it in and return oxygen to the atmosphere.

In any case, Senator Janet Rice, Australian Greens transport spokesperson and committee member, said: “We know that the electric vehicle revolution is inevitable and is already happening around the world.

“We have the opportunity now to get on board and benefit from this technology, such as jobs and economic benefits from manufacturing, improving our fuel security, and improvements to public health from cleaner air.

“The question is, will Australia be a market leader or will the Turnbull Government let us get left behind and become the world’s dumping ground for dirty gas guzzlers?

“There’s also the huge potential reductions in carbon pollution in the transport sector, the second highest sector of Australia’s pollution.

“We need the government to act quickly with the right policies and incentives to drive the uptake of electric vehicles. Instead the government is keeping us stuck in the slow lane as the rest of the world zips past.

“Experts from the both Australian National University and the Electric Vehicle Council agreed that the policy ambition of 100% new sales being electric vehicles by 2030 is realistic, with an achievable and affordable mix of government initiatives. This is current Greens policy.

“The Greens have a plan to drive the rapid phase-in of EVs, bringing more clean cars to the market and making them more affordable for all", Senator Rice concluded.

The Greens say their plan includes:

I too hope that electric cars and buses, and even electric autonomous cars and buses, become our mode of transport in the future, until teleportation becomes both real, commonplace and affordable, of course.

Until then, let us hope that Australia's energy prices actually start coming down in truly meaningful ways, lest our ever increasing power prices simply make electric cars, in Australia, simply too expensive to drive.

More in this category: « Amazon Alexa primed for April Fool's fun Is Huawei 5G ban in Australia part of the current battle for PM? »
BACK TO HOME PAGE
back to top