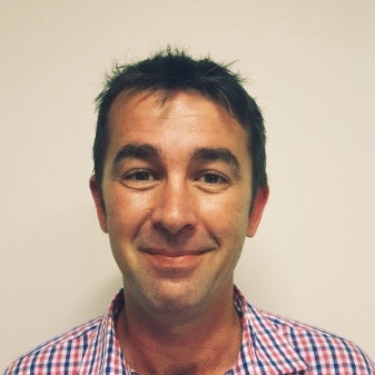 GUEST OPINION: It’s been an essential communication tool for decades, but now email is becoming a growing source of security threats for Australian businesses. Indeed, the Australian Cyber Security Centre’s Annual Cyber Threat Report 2021 stated that the average loss for each successful business email compromise attack is now more than $50,600.

Targeted messages appearing to come from legitimate sources are being increasingly used by cybercriminals intent on causing disruption or achieving financial gain. Frustratingly for security teams, the tactic is working.

According to recent research by Barracuda1, an average organisation is now targeted by more than 700 email-based social engineering attacks every year. The average chief executive alone received 57 targeted phishing attacks during the same period.

While such attacks are far from new, it’s the growing sophistication that has security experts most concerned. Where once they were relatively easy to spot because of clumsy wording or suspicious sending addresses, now they can be almost impossible to differentiate from legitimate emails.

During the 12-month period covered by the research, it was discovered that the Microsoft brand was used in 43% of all phishing attacks. This was followed by WeTransfer (18%), DHL (8%) and Google (8%).

Attacks are also becoming much more targeted. In the past, the same fraudulent email tended to be sent to large numbers of recipients in the hope that a small proportion would be tricked into opening them and either clicking on a link or opening an infected attachment.

Now, it’s more likely that phishing emails will be tailored for their recipients. This could be done by appearing to come from a business with which the recipient already has a relationship. Alternatively, the messages may seemingly have been sent by a friend or co-worker.

The types of people being targeted is also shifting. The research found 77% of business email compromise (BEC) attacks are aimed at employees outside of traditional financial and executive roles. Around one in five involve employees in sales positions.

Although ransomware is becoming an increasing issue for businesses, BEC attacks also take other forms.

For example, during 2020, an Australian hedge fund fell victim to an attack which forced it into bankruptcy. The attack involved the sending of false invoices which led to the company inadvertently transferring $8.7 million to bank accounts controlled by the cybercriminals.

That incident is not a one-off event. According to ACCC*, total losses amounted to $128 million in 2020 with the average loss per successful attack coming in at more than $50,000.

With the threat of BEC attacks continuing to increase, there are some key protective measures that MSPs can support Australian businesses with. They include:

Email is going to remain an enticing attack vendor for cybercriminals for some time to come. For this reason, it’s important for businesses to take all the necessary steps to reduce the likelihood that they will be successful. Make 2022 the year that BEC attacks awareness is highlighted within your organisation.

More in this category: « Fake online reviews account for $1.2 billion of e-commerce sales in Australia this year: study Barracuda research uncovers new insights into the ways cybercriminals are targeting businesses with spear-phishing attacks »
Share News tips for the iTWire Journalists? Your tip will be anonymous