The company with the famous motto 'don't be evil', Google, has been fined $1.4 million for 'serious violations of users' privacy' in Spain.

Queenslanders will now be able to find their way around the southeast part of the state a little easier today, with Google turning on its 'transit' function for Google Maps.

Web giant Google has announced a new service that will link experts with advice-seekers via video for free or paid advice.

Google to take on Internet censorship

Google has announced a number of new services in a targeted effort to protect news organisations and human rights groups from cyber effects and, more broadly, 'free expression' on the Internet.

Google has made some big changes to its search algorithm, codenamed 'Hummingbird', the first big upgrade for three years.

Google hit by another outage

Google has suffered its second outage in as many months, with Gmail and Google Docs and experiencing some serious turbulence today.

Microsoft has revamped its Bing search engine, both cosmetically and under the hood, to take the fight to Google.

Yahoo!7 to cut jobs down under

Yahoo!7 has announced it will be making "a small number" of redundancies in Australia, after revealing it will be partnering with Google in Australia for some of its searches.

The way you use Facebook is set to change, with the social giant releasing its Graph Search feature to users this week.

A little bit of history finally died today, with Yahoo announcing the grisly end of AltaVista.

Mitt Romney's attempt to reach America's mothers by having ads appear when people undertake specific Google searches went embarrassingly off the rails with the ads popping up alongside a range of 'adult' search results.

The new version of the Google Search Appliance features SharePoint support and more.

Nothing is forever, and Google is pulling down the shutters on another batch of products and services.

Search engine Bing has launched its first ever Australian marketing campaign – aptly named ‘Bing is for doing’ – using, as the campaign centrepiece, a series of mini documentaries and TVCs which tell stories of inspirational young Australians who get things done. 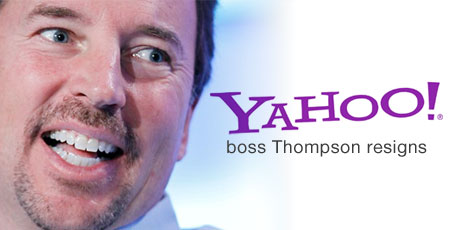 Yahoo CEO Scott Thompson has handed in his resignation after further evidence emerged that he deliberately misstated his academic credentials, according to a News Limited report. Thompson, who was the president of eBay before his current role at the troubled Internet giant, could face termination without any severance pay because his bio wrongly stated that he has a computer science degree.

Dollars the driver for Flashback

One of the questions asked about the Flashback malware is "what does it actually do?" The answer: make money for the bad guys.

StrutPatent.com has recently added new advanced search features to their site. With more than a million searchable patents within the database, the advanced search tools help users narrow their results and improve the overall search process.

Yahoo! has confirmed the widely-reported number of 2000 staff that will be let go. The mass lay-offs is tipped by some to be just the first stage of a major restructure.

In a decision that could have wide reaching consequences for Google, the Full Federal Court of Australia has declared that the dominant search giant has broken the law by publishing misleading or deceptive advertisements in response to search queries. The decision follows an appeal in October 2011 by the Australian Competition and Consumer Commission against an earlier judgement which Google won.

Yahoo about to lay off thousands?

The word is - radical head-count cuts at Yahoo, particularly in the International divisions.

Published in Listed Tech
Tagged under
Read more...
Page 3 of 30