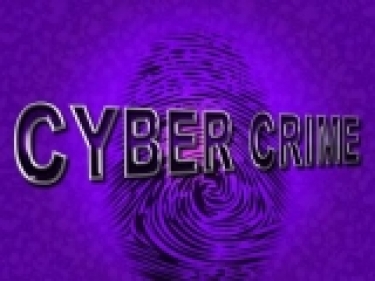 Australia is ranked fourth in a global list of countries with the most cybercrime, with 102 victims per one millon internet users - roughly eight times less than the United States.

Cybersecurity company Surfshark just released updated statistics of the top 10 countries with the most cybercrime and according to its study, the UK tops the cybercrime list, followed by the US, Canada, Australia, and Greece.

Australia had 102 victims per 1 million internet users in 2021, roughly 8 times less than the US - while the number of cybercrime victims in Australia have decreased by 22% YoY.

The US, which came 2nd, had 1494 victims per 1 million citizens, while Canada stayed in third place with 174 victim complaints.

Compared to 2020, 8% more people fell victim to cybercrimes globally, whereas in the UK this number grew by 40%.

“Therefore, it is important to invest in peoples’ practical knowledge and education which is proven to be one of the most important factors in developing the ability to cope with online threats”,explains Agneska Sablovskaja, Data Researcher at Surfshark.

Two new European countries came in the top of this year's cybercrime ranking, one of them being Greece (5th).

Meanwhile, The Netherlands ranked 7th for the first time and had the highest year-over-year increase in cybercrimes with a 50% growth. France came right after in 8th place with 20% growth in victims, while Germany followed in 9th with a decrease of 9%.

On the question - what are the most prevalent cybercrimes in the world? - according to Surfshark's study, phishing continues to be the most common cybercrime for the third year in a row.

In 2021, there were a total of 323,972 phishing victims - or in other words, every second individual that fell for an online crime fell for a phishing attack, notes Surfshark.

“However, on average, phishing victims lost the least amount of money ($136 per victim), while people that fell victim to investment fraud lost the most ($70,811 on average),” Surfshark says.

“According to the FBI, the rise of cryptocurrency may have contributed to that, as it is extremely pervasive in investment fraud instances. In 2021, the Internet Crime Complaint Center received 34,202 complaints involving using cryptocurrencies, such as Bitcoin, Ethereum, Litecoin, or Ripple, amounting to 1.6B dollars lost. Compared to the 2020s, a nearly seven-fold increase in losses is reported.”

"Criminals prefer cryptocurrencies not only because of their relative anonymity," explains Aleksandr Valentij, Chief Information Security Officer at Surfshark,

"If the victim realises they’ve been scammed, crypto transfers cannot be reversed like bank transfers and the money is lost forever, especially if it goes through a Cryptocurrency Tumbler or is washed in any other way. This is particularly convenient for scammers, and combined with the inflated interest in crypto we have at the moment, it creates a perfect environment for investment fraud cases."

The TOP 10 countries by cybercrime density in descending order are: UK, US, Canada, Australia, Greece, South Africa, Netherlands, France, Germany and Mexico. In total, cybercrime claimed at least 6,502,323 victims and $26,116,000,000 in losses over the past 21 years.

More in this category: « 85% of Australian Organisations Suffered a Ransomware Incident in the Past Five Years; 72% Tried to Keep it Quiet: ExtraHop report
Share News tips for the iTWire Journalists? Your tip will be anonymous