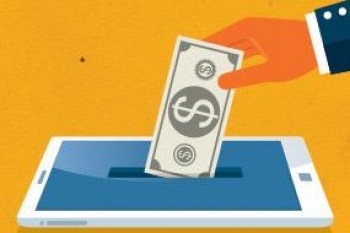 The mobile ecosystem has shifted from the network operators to the service providers – from bytes of data to content and applications. What consumers value today is not commodity data, but the experiences associated with mobile access, according to the head of a mobile technology company.

Mobile data is following the same commodity pattern as voice and text. One carrier’s data is no different than another’s, and the ensuing price wars are jeopardising the viability and deployment plans of next generation networks, Gary Greenbaum, chief executive and co-founder of Syntonic, told iTWire during an interview.

The company has two services: Freeway by Syntonic, which provides sponsored data, data rewards, and data-free OTT content services on the mobile Internet; and Syntonic DataFlex, which enables businesses to manage mobile split billing expenses for employees when using their personal mobile phones for work.

Greenbaum was asked a broad-ranging question – what are the new access models for monetising the mobile Internet for emerging and developed markets?

What problem is Syntonic trying to solve?

Syntonic was founded four years ago on the conviction that the mobile data plan is an arcane concept that is limiting the mobile ecosystem from capturing the full business opportunity of the internet.

Four years later it’s become clear that data plans are an awkward and increasingly irrelevant hold-out from the days when phones were principally communications devices that needed some metering-based revenue model to accommodate the new experience afforded by WAP browsers.

Mobile data is following the same commodity pattern as voice and text. One carrier’s data is no different than another’s, and the ensuing price wars are jeopardising the viability and deployment plans of next generation networks.

Over the last 10 years, the smartphone has transformed from a strict communications device to becoming the world’s consumer gateway to information, entertainment, community, and knowledge.

Consequently, the real value in the mobile ecosystem shifted from the network operators to the service providers – from bytes of data to content and applications. What consumers value today is not commodity data, but the experiences associated with mobile access.

Syntonic’s vision is to transform the mobile access currency from today’s abstract “bits and bytes” to a currency of content and applications.

Sponsored data is part of this new access model, and allows brands and app publishers to reach and engage consumers by paying for their mobile internet access. Sponsored data is a benefit for consumers receiving free access to content over the internet. These content-driven, consumer-friendly business models reinvigorate today’s declining mobile carrier ARPU, average revenue per user and provide a new revenue stream for growing subscriber ARPU.

Why is now the right time for a new mobile access model?

For the first time in the history of the mobile industry, we are witnessing declining carrier ARPUs (average revenue per user).

In developed markets, where market penetration for mobile access is high, data has become a commodity with price as the only means of differentiation.

In emerging markets, where mobile access is still far from market saturation, the opposite problem surfaces: access pricing has resulted in limiting both the sheer number of consumers who can access the mobile internet and how much they can access. As a result, carriers and brands are unable to monetize those disconnected or infrequently connected consumers.

To put this into context, more than 2.0 billion people ration their data use, especially in Africa, Asia-Pac, and Latin America. In post-paid markets such as the United States, consumers also regulate their consumption of mobile content, such as video and audio, in fear of exceeding their data plans. According to a CTIA study, 67% of US consumers would choose a service if it offered content that didn’t count against their monthly data allowance (2014).

Fortunately, there are proven alternative monetization models, such as those from the cable business and from over-the-air broadcast where subscriptions, pay-per-view, and ad-supported programming are offered. Cable operators don’t meter data: these fixed-line operators are principally in the content aggregation business selling both advertising and content subscription packages.

As in traditional broadcasting, access can now be sponsored by brands---reducing the frictions for end-users to consume high-data consumptive media offerings. However, the unique proposition is how content providers and app developers can advance engagement and retention with customers using promotional data-free access to their on-line assets.

Sponsored data provides this cost-efficient tool as marketing dollars are only spent on engaged customers, an audience far closer to monetization than can be achieved through CPI or CPM spending. Brands and content providers don’t need to allocate new marketing funds for sponsored data---rather they can reallocate their existing budgets to leverage the great cost efficiencies associated with sponsored data for acquiring and engaging with consumers.

The commoditisation of mobile data is occurring while we’re witnessing unprecedented worldwide consumer demand for mobile content. This has put pressure on mobile operators to change their business models from data plans to content plans, For the first time, mobile operators are seeing a flattening or declining revenue across their subscribers. It’s a losing proposition for mobile operators to simply compete on price for a commodity that consumers don’t even understand. Fortunately, consumers do understand and value apps and content.

What are the changes you expect to occur in the mobile industry?

In the enterprise, BYOD (Bring Your Own Device) programmes will continue to gain momentum, as companies encourage employees to work on their personal smartphone, and the work landscape increasingly relies on mobile devices for conducting business operations.

Currently, only about 60% of companies acknowledge having a formal BYOD policy (Gartner, 2013). Reimbursement will be the catalyst for establishing a formal policy, as more employees demand compensation when using their personal mobile phones for work.

In the US, mobile device split billing solutions will be a driving force accelerating the adoption of formal workplace BYOD programs (IDC, 2015). The key proposition is that smartphones on average raise employee productivity by 6.7 hours per week, but the benefits are being compromised by more than US$2.6 billion in annual overspend on BYOD reimbursements (Intel, 2013).

Businesses around the world are under pressure to compensate employees who use their personal smartphones for work. Personal smartphones are now integral to business operations and have resulted in an enormous boost in worker productivity. Until now businesses have had to guess at compensation or pay a stipend, which average USD$70 per month.

Syntonic’s platform seems aligned to your vision of the future of mobility, but why don’t the carriers themselves create the same platform and solutions?

Mobile carriers have attempted to build their own content services platform. However, they have all fallen short of a complete solution, primarily because the carrier’s network-centric approach doesn’t mesh with the requirements for content services. The market pressure for carriers to compete with a comprehensive carrier-grade solution makes sponsored data the first and natural choice for mobile carriers.

The mobile access model is changing, and we see early carrier alignment with and investment in content around the globe. In the developed markets, this is a race to avoid commoditization; while in emerging markets, this is about monetising the limited connected and unconnected.

Our bet is that those carriers that invest now in making this transition from network providers to service providers will survive the next wave of mobile innovation.

More in this category: « Video plays: 61% on mobile in APAC, from 46% a year ago – Ooyala Optus and National Geographic team up »
Share News tips for the iTWire Journalists? Your tip will be anonymous