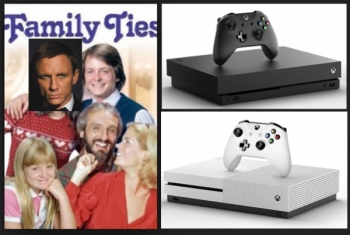 The ties that bind are the ties that bond, while Family Ties was a TV show, with new research suggesting video games and streaming are bonding (not James Bond).

New research, commissioned by Xbox and conducted by Telsyte, has revealed that “Australian parents are increasingly looking to digital entertainment such as video games or streaming services to build family ties, with 1 in 2 (49%) parents claiming these shared experiences have a positive effect on family bond building".

You’d be forgiven for thinking WTF, and why don’t the damn kids get off their bloody Xboxes and computers and tablets and phones and just go and kick a ball outside for a while, but... this is the report.

The study, which was a custom one “conducted with Telsyte’s Digital Consumer Study 2017 survey respondents”, suggests that “digital bonding activities such as playing videogames or streaming movies together are growing with 40% of parents claiming that ‘digital bonding’ is an important part of family life".

It is, of course, a very convenient and helpful finding for a company that sells a box that plays video games, and which has streaming capabilities.

One wonders whether families that bond with a Playstation get the same benefits and results, or whether an Xbox is an integral part of these findings. Presumably an old-school Nintendo 64 isn’t good enough because, while it certainly plays games, streaming is beyond its technical capabilities.

In any case, my devilishness aside, Telsyte claims that “44% of Australians claim the Internet is the main way they source entertainment content, and parenting is also shifting with this move to a more digital lifestyle".

Thank goodness for the Internet, eh? And broadband. You couldn’t do much modern gaming or streaming on a 56kbps connection, that’s for sure.

In any case, it appears the families that play together stay together, with “the most popular activities amongst these families include playing video games together (40%), and streaming films or TV (34%)".

After this comes news that “a shared digital experience in 40% of Australian parental households, playing video games together is one of the fastest growing activities, with around a third (35%) claiming they are doing it more often than the previous year".

It is also evident that people who play and stream together have difficulty in deciding whether to use the term “per cent” and the “%” symbol, which is used interchangeably in the Xbox and Telsyte media release, but which only ever appears as the word “per cent” in anything I ever write ever in this sentence, and this sentence alone.

It is at this point that Jeremy Hinton, Business Group Lead for Xbox Australia, comes in to save me from making any further inappropriate “break the fourth wall” type comments with an actual comment that states: “It’s clear that families around Australia are turning to technology to help facilitate quality time together. Whether it’s streaming their favourite TV show, or bonding through a shared experience in a videogame, digital entertainment has the power to create long-lasting memories and bring generations together.”

Again, one wonders whether perhaps a Mac, or an Apple TV, might deliver the same benefits, or whether it is an Xbox only experience. If I had a young family with which to test this hypothesis out on and with, I’d do it, but until myself and a good woman meet, and bond over, well, who knows, perhaps some gaming and some streaming, this will have to remain theoretical in my own personal experiences.

Back in the real world, we peer back into the matrix to discover that “half of all parents surveyed (48%) claimed that taking part in a shared digital experience had a positive impact on their relationship with their children, which increases to 62% for families that own an Xbox One".

Ah! So it appears that an Xbox is handily an actual way to have a positive impact with your kids! Who would have imagined it! I must create some children very quickly and get me down to JB or EB or HN or eBay and get an Xbox One pronto so that my kids can one day have a more positive experience with me. And their imaginary mother.

Meanwhile, 45% of respondents who play video games, and the 24% who play mobile games/apps together, say that “digital activities have created more conversation amongst the family. In addition, nearly a third of parents (31%) say they would either start playing or play games more often with their children, to further encourage family bonding.”

I wonder if Ian Fleming ever played any video games in his life. I suspect not.

In any case, Hinton once again arrives to take my mind off martinis shaken and not stirred, and notes that: “As children continue to grow up with technology at their fingertips and families increasingly turn to digital experiences, it’s important for Xbox to support this trend in shared experiences and help bring families together in a safe and inclusive way.

“We’re continuing to make Xbox the best place for all entertainment needs as well as the most inclusive online environment we can through Xbox Live. Through regular updates to parental controls and safety features, options like the new Copilot mode, new accessibility settings and features such as “Clubs”, ensure you have the option to play with like-minded individuals in a safe online environment.”

For those wondering, “Co-pilot mode on Xbox links two controllers so you can use them as if they were one controller. Once linked, both controllers have full control and enable new shared gameplay experiences between friends and family, new accessibility options and better collaboration”, which I am guessing is a feature you won’t find on Playstations or Nintendos or iPhones or Apple TVs, although, it has to be said, I am not an expert in families nor games consoles, so I may well be wrong on this one.

In addition, we are advise that the “Clubs” Hinton refers to are “online meeting places created by the Xbox community for people to play and socialise in. Individuals can either join or create a club to suit their specific needs".

They clearly are not night clubs or any other kind of club which you would be very unlikely to find in the family home, unless your family home is owned by Hugh Hefner or something like that, which is like, no-one except Hugh and his own famous mansion, a place where I imagine children are not allowed, and games consoles probably aren’t either, with various far more adult games at play.

The final stats (which make no mention of Playstations or GameCubes or Gameboys or Switches or Super Famicoms or Megadrives) states that “the research highlights that age or generation has an influence on the shared digital experiences you are most likely to take part in. Parents of millennials/Gen Y kids are most likely to take part in videogames, streaming and browsing YouTube, whilst those bonding between Generation X and baby boomers within the family are more likely to browse the Internet together or connect on social media".

“Additionally, mums (45%) are just as likely to turn to video games as dads (55%), whilst the average age of the parent gamer was 42 with the most popular genres including action, sports and puzzles. More than half of families with Xbox Ones (54%) also played online games with their children.”

So, stop telling your kids to go outside and play ball. Get them back on their tablets, their phones, their Xboxes pronto! Start playing with them electronically and you too might finally, at long last, digitally bond with your children. 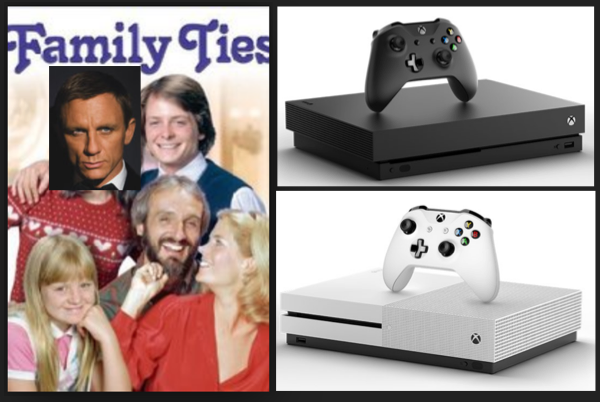 More in this category: « Looks like Foxtel’s Game was working for Thrones evening Ep 2 broadcast Forza adds vintage classics to the Motorsport 7 Garage »
Share News tips for the iTWire Journalists? Your tip will be anonymous