The Australian Open 2021 is running the 'Fortnite Champion Series Oceania' 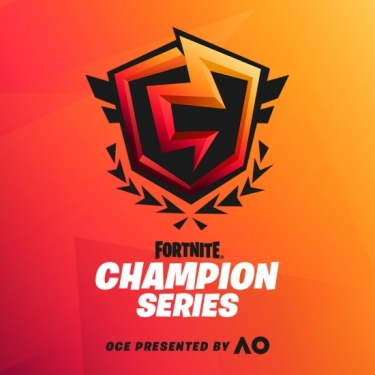 For the first time, the Australian Open 2021 will "feature top level competitive gaming every weekend with the Fortnite Champion Series OCE qualifying and finals broadcast live on Australian Open Twitch and Youtube."

The Fortnite Champion Series is an online tournament offering the worlds’ best players and teams the chance to compete against each other to claim the title of champion in their region.

Some of the Oceanic (OCE) region’s best Fortnite players and creators will join forces with the Australian Open this month as part of a world-first Fortnite Championship Series (FNCS) presented by The Australian Open, competing for a total 2021 regional prize pool of USD$360k (close to $500,000 AUD), one of the biggest in regional Esports.

The Australian Open will broadcast the qualifiers and finals for the Oceania region across five weekends from 14 February – 14 March, with support from commentators and Fortnite experts including Aussie Antics, MonsterDface, Coach Timmy, Falloutt and Vandie.

You can watch live on Twitch and YouTube, where "a mammoth three hours of broadcast content will be produced during the FNCS each Sunday as some of the best in the region battle it out as part of Fortnite’s partnership with the Australian Open."

We're told this partnership "signals how Fortnite continues to grow as a global meeting place for gaming, sport and entertainment. According to PWC, the Esports industry in Australia is growing by 11.13% year-on-year and the gaming industry is currently valued at more than $3 billion.

"With champion Esports players now earning millions in prize money, the sport is only growing in popularity."

As well as being a popular game, Fortnite has become one of the most influential cultural platforms in the world and in recent years it hosted a Travis Scott concert in the game watched by more than 12 million fans.

Fortnite has more than 350 million players. Australia is one of the leading countries around the globe for Fortnite participation and is home to a number of the top ranked players and creators.

“Each year we look for ways to make the Australian Open bigger with new opportunities to reach new audiences with our event broadcasts, and it’s a perfect opportunity to connect with new fans and expand our global reach through one of the fastest growing games in the world,” added Reidy.

Developed by Epic Games, we're reminded that "Fortnite is one of the world’s most popular video games, with more than 350 million accounts."

In addition, Australia is one of "the leading countries around the globe for Fortnite engagement and is home to a number of the top ranked players and creators."

We're told that "Fortnite’s ongoing partnership with the Australian Open and recent collaborations with other Australian sports leagues demonstrate the relationship between gaming and sport, and bring esports fans and conventional sporting fans together."

“Fortnite continues to evolve as a platform that intersects gaming, sport and entertainment,” said Nate Nanzer, Head of Global Partnerships for Epic Games.

“We have built a strong relationship with the Australian Open through our previous Fortnite Summer Smash events and will be running the Fortnite Champion Series in Australia alongside six other regions around the world," Nanzer added.

Both organisations state "the partnership between AO and Epic Games through Fortnite commenced in 2019 with the first ever AO Summer Smash, the largest competitive gaming event seen in Australia.

"2020’s AO Summer Smash played host to competitors from over 11 countries and was Fortnite’s most watched event ever in the APAC region."

Broadcast will commence at 3:45 pm AEDT with live coverage from 4.00pm-7.30pm on the following dates:

The Fortnite Champion Series OCE qualifying is open to eligible trios’ players who have reached Champion League in Arena.

More in this category: « Finder finds Australia a nation of sneaky streamers who borrow Netflix logins OCC POP UP on March 6 and 7 at Sydney Showground showcasing cool pop culture communities »
Share News tips for the iTWire Journalists? Your tip will be anonymous