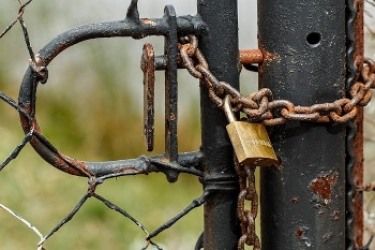 The head of a company that makes the popular Windows game Terraria has cancelled plans for a port to Google's Stadia platform after his company's Google account was disabled with no warning.

The game has something in the region of 30 million users on Windows, consoles, and mobile devices. WIkipedia had this to say about Terraria: "[It] is an action-adventure sandbox game developed by Re-Logic. The game was first released for Microsoft Windows on May 16, 2011 and has since been ported to several other platforms.

"The game features exploration, crafting, building, painting, and combat with a variety of creatures in a procedurally generated 2D world. Terraria received generally positive reviews, with praise given to its sandbox elements. By April 2020, the game had sold over 30 million copies.

As one poster tweeted: "Terraria isn't just another small indie game. it's one of the most successful indie games out there. Google is potentially losing a f*** tonne of money because of this move and you can tell they are having an 'oh shit; moment because YouTube responded to this thread instantly."

Andrew Spinks, the president of Re-Logic Games, maker of the game, said in a number of tweets that the account had been disabled for three weeks and he had no idea why.

"..after using every resource I have to get this resolved, you have done nothing but given me the runaround," a clearly frustrated Spinks wrote.

I will not be involved with a corporation that values their customers and partners so little. Doing business with you is a liability.

"My phone has lost access to thousands of dollars of apps on @GooglePlay. I had just bought LOTR 4K and can't finish it. My @googledrive data is completely gone. I can't access my @YouTube channel. The worst of all is losing access to my @gmail address of over 15 years."

He added: "I absolutely have not done anything to violate your terms of service, so I can take this no other way than you deciding to burn this bridge. Consider it burned. #Terraria for @GoogleStadia is cancelled. My company will no longer support any of your platforms moving forward."

Initially, when the issue arose late last month, Re-Logic tried to use the standard Google Account Recovery process but twice failed to get a positive response from the Google support team.

The company said in a tweet: "We have not added anything new to our only YT channel (RelogicGames) in several months. However, we randomly received an email saying there was a tos violation but that it was likely accidental and as such, the account would receive no strikes.

With us not having uploaded anything recently, all of our previous videos being still up - and not being made aware of anything new or untoward by our massive community (and they would let us know), we are sitting here with a huge access issue out of the blue.

"Three days later, the entire Google account (YT, Gmail, all Google apps, even every purchase made over 15 years on Google Play Store) was disabled with no warning or recourse. This account links into many business functions and as such the impact to us is quite substantial."

Some of those who replied to Spinks' tweets were clearly annoyed with what he had done. "Classy move, erroneously conflate Gmail with Stadia then act like a toddler and then punish gamers, you know, the people that buy your product," said one person named Matthew Devonshire. "I think you can guess how much future success i wish you."

But another Twitter user, Daniel Torres, disagreed. "You’re f***ing corny," he wrote. "This man has a right to be upset with the company. Or have you not read the entire post. Gmail with 15 years or stuff isn’t easy to lose. Especially with no warning or explanation. Bro, clown school has been booming lately."