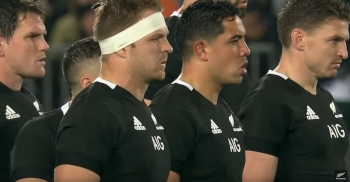 New Zealand telco Spark has changed its plan for coverage of the Rugby World Cup tournament after it became apparent that some areas of the country would face difficulties in streaming the content due to a lack of bandwidth. The new plan will involve TVNZ broadcasting 12 games, most of which will be delayed.

A Spark spokesperson told iTWire that the company had recognised that while more than 90% of households were estimated to have sufficient bandwidth to stream RWC content, "we have recognised there is a small minority who may not be able to stream it – and that many of these people live in rural areas and are passionate rugby fans".

"While there are government/industry programs underway to improve quality broadband coverage these programs won’t be completed until early 2020."

The New Zealand national side, the All Blacks, are current world champions. The team is aiming for a third successive win, having won in 2011 and 2015. An overwhelming percentage of the country follows the sport.

When it initially announced its plans for coverage in April last year, Spark had listed the following four points:

"New Zealanders will be able to view all RWC2019 matches live or on-demand via Spark streaming over their broadband or mobile connection;

"Spark’s live and on-demand service will be accessible to customers of all New Zealand broadband and mobile providers – it won’t be restricted to Spark customers;

"The tournament will be offered on a pay to watch basis, with packages to include a tournament pass and passes for individual matches; and

But the plan has now been changed. "For this reason, every Rugby World Cup pool and knockout match featuring the All Blacks will be available for free, broadcast on TVNZ 1 and streamed on Spark Sport," the spokesperson said.

The spokesperson said Spark had originally intended to show seven matches and two delayed free-to-air. "Through our partnership with TVNZ, we have increased that number to 12 and have also elected to include all the pool and knock-out All Blacks matches in that number. This was a conscious decision to ensure that everyone in New Zealand can watch the All Blacks from the comfort of their own home."

The last time an international tournament was streamed in this region was in 2018, when Australian telco Optus obtained rights to show the World Cup football tournament on its mobile service. But the whole thing turned into a fiasco, and Optus — which earned the nickname Floptus for its bungled coverage — was forced to call on Australian public broadcaster SBS to telecast games that it (Optus) was unable to show.

The Rugby World Cup will be held in Japan from 20 September.

More in this category: « Australians increasingly embrace multiple subscriptions for entertainment Foxtel directs customers to GO app »
Share News tips for the iTWire Journalists? Your tip will be anonymous