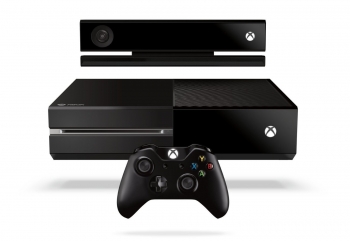 Kinect for Xbox, who died at the Microsoft Xbox E3 2015 briefing, was a revolutionary and controversial motion sensor gaming input device which was once the darling of celebrities and the apple of its parent, Microsoft’s eye.

Its birth was met with much fanfare as Microsoft doted on Kinect by blowing a phenomenal marketing budget on it at launch. Celebrities were talking about it. Oprah even gave it away to her audience at one point.

Like a tenacious stage mum, Microsoft thrust Kinect on the world stage, making it sing and dance, touting how revolutionary it was as a gaming peripheral. A number of titles using the motion sensing capabilities were released which utilised a player’s whole body to control the in-game action. But the initial hype did not last and its popularity waned.

Perhaps people were experiencing motion sensor fatigue as competitors such as Sony’s Move and the Nintendo Wii were all fading into oblivion as well. Perhaps people didn’t have space in their homes to use the Kinect to its full gaming potential (Microsoft recommends standing at least 1.4m from the device for optimal motion sensing).

Perhaps people are too lazy to get up and flail about in front of their TV sets just to play video games. Whatever the reason, the Kinect was not resonating with the masses as a gaming device.

But as a devoted parent, Microsoft tried even harder to salvage the Kinect’s standing in the gaming world. When Kinect’s popularity sunk to rock bottom, mummy Microsoft pushed it into becoming a double act, forcibly bundling its newborn relative, the Xbox One, in 2013. Sadly, this did little to bolster its standing among gamers and the Kinect was consciously uncoupled from the Xbox One.

According to Microsoft Corporate Vice President, Devices and Studios, Yusuf Mehdi, the company still believe the Kinect has a lot of promise, maintaining more games will be playable through the Kinect. He vaguely indicated that there will be more news to come in the future, but could not provide any timings at all.

It’s all about virtual reality and augmented reality for Microsoft now.

The Kinect for Xbox lives a fulfilling afterlife in the hands of developers using for various tasks and project outside its intended purpose as a gaming device.

The Kinect is survived by Oculus VR, Valve VR, and HoloLens.

More in this category: « Microsoft “100 Percent Committed” To Expanding Xbox One Backwards Compatibility More Spotify features come to Sonos at last »
Share News tips for the iTWire Journalists? Your tip will be anonymous