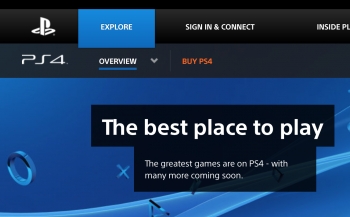 It looks like the PS4 is the One, and not the Xbox One, at least when it comes to games console sales, with the Playstation 4 crowned by the NPG Group as ’the fastest selling home video games console in Australian history’.

With Sony’s Playstation about to rack up its 20th anniversary in the Australian market early next year, Sony Computer Entertainment Australia (SCE Aust) is celebrating early with the PS4 named as Australia’s fastest selling home video games console of all time.

Naturally, Sony crows that this makes the PlayStation brand Australian gamers’ “favourite place to play”, with the NPG Group also saying that the PS4 ‘retains the number one next-gen console leadership position’.

Luis Gil of NPG Group Australia said: “the Console Hardware category in Australia has more than doubled in value  since release of 8th Generation Hardware in 2013. PlayStation 4 accounted for a substantial 44% of the total category value since its launch”.

Playstation stalwart and long-time SCE Aust MD, Michael Ephraim said: “As PlayStation powers into its twentieth year in Australia, we couldn’t be happier with our position with PS4 at the top spot of the interactive entertainment industry.”

“I’ve watched this business grow over the 20 years and have had the pleasure of being part of the monumental change in innovation and category growth; of which PlayStation has historically been a key driver of. PlayStation 4 is now the fastest selling home console in Australian history and this reflects the passion of our players, our partners and the quality of the PlayStation offer.”

Sony’s media release talks of its recent System Software 2.0 release being part of the PS4’s best-in-class software and hardware, alongside its social connectivity features, ‘with a focus on innovative gaming experiences including Share Play which allows a PlayStation Plus member to invite a friend who owns a PS4 to join them on the virtual sofa’.

PlayStation TV will also be introduced across Australia on November 14, with a dedicated Plus7 TV app from Yahoo!7 to become available for the PS4 before year’s end.

More in this category: « KFC 3D prints its ‘greatest fans’ but can’t print chicken - yet VIDEO: Parrot’s new Zik 2.0 headphones in live demo »
Share News tips for the iTWire Journalists? Your tip will be anonymous