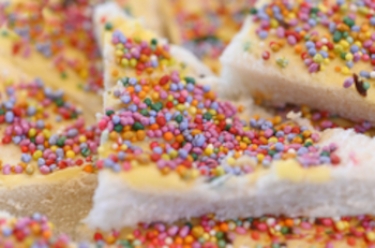 A number of newspapers from the News Corporation stable in Australia appear to have fallen for a bogus petition that seeks support to change the name of fairy bread, with the sender of the petition having a name that resembles a couch.

Writer Joshua Badge posted a tweet with screenshots of the petition, where "Alexis Chaise" said he/she was a university educated self-made activist and gym trainer.

News dot com falling for a fake petition to rename fairy bread from someone named after a couch has made my morning lmao pic.twitter.com/5iJaFiw371

"Chaise" also claimed to have a background in "chiropacty" and to be a practising homeopath.

Badge said the News publications had now taken the story down and expressed surprise that they had been taken in, when the radio station 2GB had not been deceived by the same scam last week.

"News dot com falling for a fake petition to rename fairy bread from someone named after a couch has made my morning lmao," he tweeted.

News have taken it down already but you can still read it on the Telegraph and Herald Sun. The embarrassing thing is that 2GB caught this last week... top quality journalismz lol pic.twitter.com/GwAJi1tusG

Another person, with the handle Tom TheTabbyCat, tweeted: "The mind boggles what fake alternative name might be voted? 'Coloured' bread is clearly out, so maybe 'non-normative non-specific celebratory sprinkled bread'?

"Sure, the new name might be a challenge for the under-5s crowd to deploy, but best teach them values when they are young."

"background in "chiropacty" made my morning - it's a thing of beauty and kudos to whoever dreamed it up!

Meh. Further proof that the MSM* is simply a copy and paste propaganda machine ...

The stories about the bogus petition in the Herald Sun and the Daily Telegraph still come up in a Web search as seen in the screenshot below: