It's got a backbeat, you can't lose it, any old time you use it 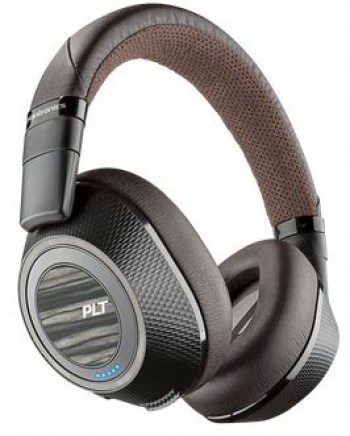 Plantronics has just released updated versions of the BackBeat Fit and Pro 2 wireless headphones. With apologies to Chuck Berry, “Just let me hear some of that rock'n'roll music, any old way you choose it, it's got a backbeat you can't lose it, any old time you use it..."

BackBeat Fit is a durable, sweat-proof, wireless sports headphone — it fits around the ear and behind the neck — that is designed for exercise junkies and those doing extreme sports. It retails for $179.99.

BackBeat Pro 2 is the third-generation of the BackBeat Pro, and it is 35% smaller, 15% lighter and provides up to 24 hours Bluetooth and ANC, 40 hours wired and ANC, or 60 hours Wireless no ANC. It retails for $299 which puts it at the value end of the Bluetooth ANC headphones spectrum.

Plantronics also announced an updated version of the Bluetooth in-ear/around the neck buds — a BackBeat 105 — at $99.95, for those who prefer in ear buds to over the headphones.

My first exposure to Plantronics was well over a decade ago in the Unified Communication field – its office and call centre wired and wireless headsets were/are considered best of class. I still have a fully functional Voyager Bluetooth earpiece that is going strong 10 years later.

The company was started “in a garage” in Santa Cruz. California, in 1961 and it epitomises the good old US dream of design, engineer and builds in-house (although its factories are now in other countries). Astronaut Neil Armstrong used a Plantronics headset when uttering “That’s one small step for man, one great leap forward for mankind.”

Plantronics is gradually changing its branding to PLT and beefing up the visibility of its PLT Labs, apps, and open API and SDK that will eventually enable modern fitness and wearables to integrate with it. PLT has a vision for audio wearables to incorporate voice controls, motion sensors, and security.

iTWire will soon review both, using the same paradigm it has developed for headsets and speakers from Bose, Sennheiser, Parrot, Teac, Klipsch, Phillips, Sony, Samsung and others.

iTWire reviewed the predecessor BackBeat Pro+ in February and said, “The sound from this headset via its 40mm drivers is clean, crisp, and natural across the whole audio spectrum. The BackBeat Pro+ is a worthy competitor to other premium headphones equalling them in the important areas and should be strongly considered.”

The Pro 2 is an evolution, mainly regarding style and wearability. Where the Pro+ had an industrial design, the Pro 2 focuses on aesthetics and finishes. 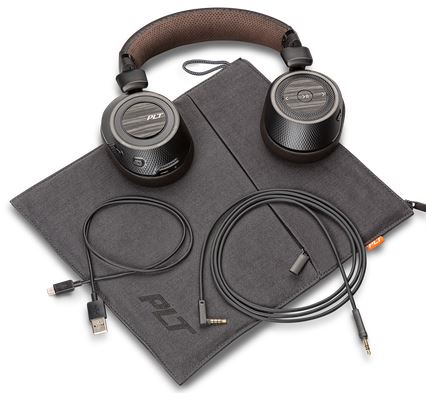 You could buy a Bose Quiet Comfort 35, a Sennheiser PXC-500, or a Parrot Zik 3, but these are going to set you back up to twice the price. For that you might get better ANC, capacitive touch controls, real leather, USB hi-def (charge and listen over USB), NFC pairing, a better equaliser app, and a better carry case and accessories.

Then there is the sound signature of your choice. Although not reviewed, initial looks seem to indicate a “Bright Vocal” signature (bass recessed, mids/treble boosted) but that is academic when you can use equalisers on many content devices.

Next year there will be a special edition model with NFC and a hard carry case for about A$50 more.

It is hard to argue with the BackBeat Pro 2 price. At $299, these are highly competitive and offer solid value for the money, so if you’re looking for good ANC headphones for the long haul on a tighter budget, you will not regret what you get for the money.

They are available at JB Hi-Fi, Office Works, Harvey Norman, Tech2Go, and most mass market retailers.

More in this category: « Sony PlayStation 4 teardown – console wars are not over Foxtel: HBO renews Westworld, Divorce and Insecure for second seasons »
Share News tips for the iTWire Journalists? Your tip will be anonymous