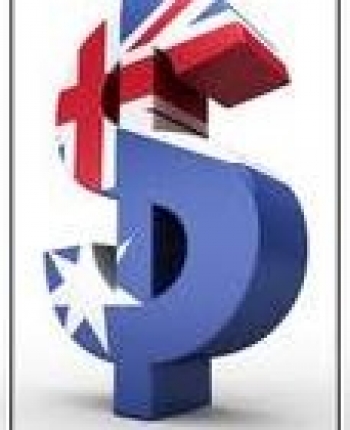 Australia’s video and computer games industry is now valued at more than $2 billion in annual sales, according to new figures for both traditional bricks and mortar retail and digital sales released by the Interactive Games & Entertainment Association (IGEA).

In the report just released, the IGEA says that games industry sales held steady in 2013, recording $1.14 billion of ‘traditional retail’ sales in addition to an estimated $899 million of digital sales.

According to research commissioned by IGEA from technology analyst firm Telsyte, the Australian digital video games market value of $899 million is based on digital game sales, downloads, subscriptions, and mobile games last year - an increase of nearly 50% over 2012.

And, IGEA CEO Ron Curry says the combined data from traditional sales - provided by NPD Group Australia - and the digital value of the market from Telsyte “demonstrates the true value of the industry to be in excess of $2 billion.”

According to Curry, the industry’s “solid sales figures” were largely driven by a 13 % increase in hardware sales after the next generation of consoles from Microsoft and Sony Computer Entertainment Australia launched late last year, “combined with a strong showing by Nintendo’s 3DS handheld console including the recently released Nintendo 2DS console.”

“Traditional sales have remained steady across the industry. Despite concerns about retail, software sales recorded over $654 million dollars for 2013.

“The data from NPD Group is encouraging and shows that bricks and mortar retailers have maintained their fundamental role in providing hardware, software, digital content and merchandise to consumers. According to the Telsyte data, more consumers are in fact now purchasing their content digitally and overall we can see that the interactive games and entertainment industry is really thriving.”

Curry said the market continues to evolve with games being delivered and consumed across a diverse range of consoles and mobile devices. “This gives users the opportunity to game, where they want, when they want, extending their experience from the home to a mobile device, often playing the same game.”

“The research commissioned for our members, backs up the industry’s optimism, as publishers and developers continue to provide consumers with a variety of interactive media in both physical and digital formats.”

Sam Yip, Senior Research Manager for Telsyte, said that the growth in digital sales is largely driven by the popularity of mobile games, “which accounted for nearly half of all digital games purchases.”

“Consumers spent more than $452 million on mobile games in 2013, with 70% of that on in-game, micro-transactions. At this rate, mobile game revenue could exceed that for physical games within a couple of years.”

•    During 2013 a number of software franchises including Grand Theft Auto, Battlefield, Bioshock, Tomb Raider and Pokémon have improved their market share significantly over 2012

•    With only 6 weeks of sales of 8th Generation Console Hardware in Australia, the value within the category (excluding portables) for the entire year improved 27%

•    Unrestricted computer and video games, which are classified as G, PG or M, made up 55 per cent of all software unit sales.

•    Mobile games (upfront and in-game purchases) account for nearly half of the digital games market at $452 million, followed by Digital Downloads (full games and in-game extras) at $265 million, Social/Casual games at $98 million and Subscriptions (console network and MMOG) at $84 million

•    Consumers spent more than twice as much on in-game micro-transactions compared to up-front mobile game purchases in 2013. This trend is expected to continue with more freemium games flooding iOS and Android platforms

•    Consumers are expected to double their spend on digital downloads, subscriptions and services within online console networks in 2014

•    Steam now makes up over half of all Australian digital games spending in the PC market, largely driven by gaming events, deals and special offers.

More in this category: « Next-gen Apple TV may help cable-cutters The Witcher roams free on Steam »
Share News tips for the iTWire Journalists? Your tip will be anonymous