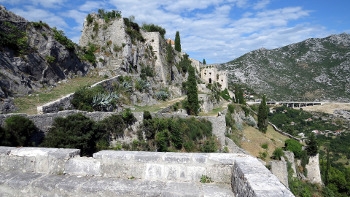 A week after news of a leak of material from the cable network HBO broke, the people allegedly behind it have contacted the network demanding money and threatening to release more material which they pilfered.

Reports from the Associated Press and Wired on Monday said more files were posted online, including one video which used scrolling text addressed to HBO chief executive Richard Plepler asking for "our six-month salary in Bitcoin"  within three days.

The hackers claimed they earned between US$12 million and US$15 million annually by using similar threats and said they would only deal directly with "Richard".

When news of the infiltration broke, it was said that upcoming episodes of some series and at least one script or treatment — reportedly from the forthcoming fourth episode of the new season of Game of Thrones — had been exposed on the Web.

The reports said that the new dump was about 3.4GB and included what appeared to be draft scripts from the give episodes of Game of Thrones, including one episode that has not yet been screened, and emails from the account of HBO vice-president for film programming, Leslie Cohen.

Details of HBO's network topography and passwords for the company's network administrators were also in the dump.

The hackers claimed they had needed about six months to penetrate the HBO network and that they were paying about US$500,000 annually to buy zero-day exploits for software from Microsoft and other companies.

There were many internal documents labelled confidential in the new dump, one being a list of legal claims against HBO.

There were also job offers to a number of senior executives, slides about future technology plans and a list of 37,977 emails called “Richard’s Contact list”, an apparent reference to Plepler.

The video addressed to Plepler claimed that HBO was the 17th target so far and only three had failed to pay up. The hackers claimed they were white hats, saying: "It's a game for us. Money isn’t our main purpose. We don’t want to endanger HBO’s situation nor cause it to lose its reputation. We want to be your partner in a tiny part of HBO’s huge income."

HBO spokesman Jeff Cusson was quoted as saying that the company had expected something like this and that its "forensic review is ongoing".

"We continue to work around the clock with outside cyber security firms and law enforcement to resolve the incident," he added.

Commenting on the incident, Christopher Petersen, chief technology officer at security intelligence company LogRhythm, told iTWire: “The HBO hack may usher in a new era of cyber extortion. If HBO ponies up the ransom, it could embolden other cyber criminals to pursue similar avenues of attack and monetisation.

"There is a reason the US has a stated policy of not negotiating with terrorists. What HBO does in response to these latest demands could set a precedent with enormous global consequence for businesses having intellectual property as their lifeblood."

Last December, hackers broke into a computer running Windows 7 at Larson Studies and stole season five of Orange is the New Black.

More in this category: « Streaming VOD, whether free or subscription, is a hit Foxtel subscription TV pirate walks plank with conviction and sentencing »
Share News tips for the iTWire Journalists? Your tip will be anonymous