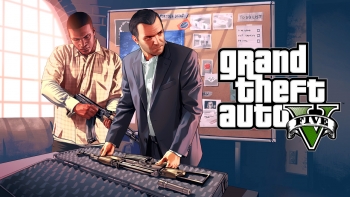 Rockstar is investigating a "shipping error" which saw Grand Theft Auto V leaked online almost a week ahead of its release date.

Grand Theft Auto V leaked online over the weekend, and iTWire can confirm hundreds of thousands have gamers have downloaded the controversial title already.

The error has seemingly come from Amazon, which shipped some copies of the game, seemingly only to the UK, four days before the game's 17 September release date.

Images posted online over the weekend depicted an unopened version of the game along with the shipping documents from Amazon.

The game's developer Rockstar said in a statement "We are in the process of investigating early 'sales' to determine how and why that is occurring."

The leak means impatient gamers can now download the game online and, if they have a modified Xbox 360 or PS3 console, get straight into the seedy virtual world of Los Santos, which is bigger than GTA IV, Red Dead Redemption and LA Noire combined.

GamesIndustry also said the incident will upset brick and mortar gaming stores, like EB Games and JB Hi-Fi, who may have to start selling the game early in response.

The game is one of the most anticipated titles of recent years, and the early leak will no doubt have some impact on retail sales. To what degree this is however is anyone's guess.

GTA IV, released in 2008, sold an estimated 6 million copies worldwide in its first week of release.

More in this category: « How HP got a snail to travel at 220 mph This EB Games GTA stunt was a real fizzer »
Share News tips for the iTWire Journalists? Your tip will be anonymous