Destiny beta is the biggest of a generation 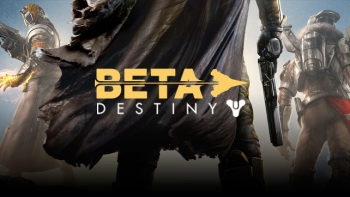 The beta for Destiny, the first post-Halo game from developer superstars Bungie, has wrapped up and the company released some statistics showing the game was played a whole lot.

Bungie, which is putting out the game in September with the help of Activision, announced that the beta was the largest in a console generation.

6.5 million Guardians were created throughout the beta, and they took part in more than 88.38 million games.

Those same Guardians recorded 3.7 billion kills and 164 million deaths for an average kill-death ratio of 22.53. That ratio would've been lower were it not for 61.9 million revives.

"This test was huge for us," said community manager David “Deej” Dague.

"In the final hours of our grand experiment, we put you to the real test. We knocked you down, but you got up again. We shrank the pool of available servers. We kicked you into orbit, applied patches to your ships, and watched as you descended to fight and dance and rage. Again. There was no stopping you. In the end, we had to kick the plug out of the wall.

"We’re running out of ways to thank you for what the Beta has meant to us. We hope you had fun. Destiny will be a better game because you played it. Perhaps that’s the best gesture we can manage – to deliver a game that’s better than it was before your contribution."

Bungie took to Facebook to share: "The Destiny beta was a tremendous success from where we sat overlooking the Tower. If you played, Bungie thanks you from the bottom of our hearts. We learned so much about our game, and how we can make it better."

And then Bungie took to Twitter to give thanks too: "Bungie thanks you for playing. We made some great discoveries of our own, and we'll use them to make Destiny a great game for all."

The full version of Destiny is coming to PlayStation 4, PlayStation 3, Xbox 360 and Xbox One on 9 September. A PC version has not been confirmed, but various rumours have suggested a March 2015 launch date.

Check out the infogrpahic here.