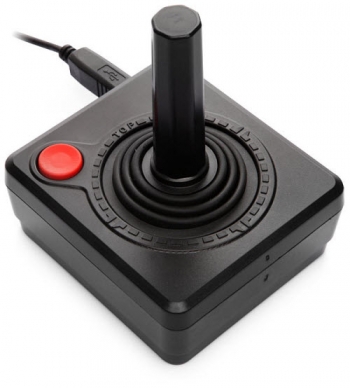 A recent report released by the Entertainment Software Association has revealed some interesting facts about our gaming habits.  My interpretation? Computer games are what middle aged people play instead of having sex.

The Entertainment Software Association, or ESA, looks after the business and public affairs needs of computer game publishers and lists Capcom, Nintendo, Eidos, EA, Sony and Ubisoft amongst some of its members.  Their recent 2012 “Essential Facts” report lists details about what people play on, how long they play for, and what they play.

Now onto some facts:

49% of U.S. households own a dedicated gaming console, and those that do own an average of 2.

37% of game players are 36 years or older, this represents the highest percentage in this category and not surprisingly, the average age of the most frequent game purchaser is 35.

While still a male dominated activity, the gap is now closing with 53% of men and 47% of women playing computer games.

42% of all online games played are of the puzzle, board, and card game variety while action, sports, strategy and role playing games make up 25%.  Interestingly, only 11% of games played online are of the multiplayer universe variety.

52% of parents say that video games are a positive part of theirs child’s life, with 59% of them playing games at least monthly with their children.

Video games are the most time limited activities enforced by parents over internet usage, watching TV or watching movies.

So what do you make of all this?  Well if you read into it, with reports now surfacing that women’s sexual peak is 28 and men’s now revised to 33, it could be said that middle aged people now favour pushing different types of buttons and playing with a different type of joystick.  And with kids more commonly a part of the middled aged puzzle, when they’re all in bed asleep and the lights turn out, it’s game on!