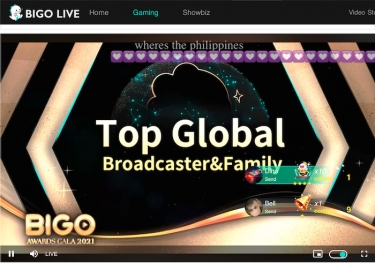 BIGO Live - it's a live video streaming app with over 400 million users in 150 countries, and at its gala awards event overnight, over 100,000 Aussies and New Zealanders were there to cheer on six regional representatives.

In 2020, BIGO Live tells us that "live streaming accelerated as a platform as more people stayed home during the global pandemic. It was also the year where consumer behaviours changed as virtual connections became more popular for events such as music festivals, cultural days of significance and social gatherings".

Indeed, according to Restream, the live streaming market is projected to be worth $184.3 billion by 2027.

Now, if you haven't heard of Bigo Live before, it's a live streaming app launched by Singaporean tech company BIGO in 2016. And obviously, live streaming isn't a new trend - you can do it on YouTube, Facebook, Twitch and various other platforms.

However, with what it says is "a steady average 27% monthly increase in broadcasters and over 1.3 million subscribers in the region", Bigo Live says it is "already emerging as one of the largest social media platforms in Australia and New Zealand".

Last night, Thursday, 21 January at 11pm AEDT, Bigo Live hosted its second annual BIGO Awards Gala, which you can watch a replay of here with six Australian and New Zealand finalists representing the region at the ceremony.

The event celebrated Bigo Live’s broadcasting community with the theme “Connecting the World”, to commemorate the incredible resilience and creativity of Bigo broadcasters and how far they have come during such a tumultuous year.

A spokesperson from BIGO Technology said: "COVID-19 has forced us to physically distance ourselves from the people we love most and the vast majority of events have moved to a virtual setting, which has caused live streaming to emerge as the best channel for connecting people from all over the world to share experiences real-time.

“Despite the pandemic, Bigo Live users have proven that you don’t have to be together physically to form meaningful connections. We’re so proud of how our users have supported each other during such a challenging year and are excited to celebrate the impact they’ve made in connecting the world through live streaming. And because this year’s event is entirely virtual, we anticipate an even larger audience than last year.”

This year, the annual Gala was held virtually on Bigo Live’s very own Music Livehouse channel (BIGO ID: music) on 21 January at 11pm AEDT, with a replay to be found here, at least at time of publication - and surely the event will be available to watch later for those who were not able to tune in live.

So, who are some of the top Aussie and Kiwi live streamers?

Auckland DJ, Gabriela G (ID: DjGabriellaG) has turned her hobby into a side hustle and is now well on her way to becoming an international live streaming superstar. Gabriela shares her DJing talent with EDM aficionados all over the world, providing a ‘virtual club experience’ to fans craving dance parties and music festivals.

Representing Tasmanian wass Yandra (ID: Mrpanda12), a graduate student, who also joined during the pandemic. Yandra lives and breathes through the app, spending up to 30 hours a month live streaming content, including dancing and singing and channeling his inner radio host vibes.

In total, more than 72 families, which are formed by groups of users within the app, and 78 broadcasters around the world will be honoured at the annual Gala.

To coincide with the fact that this year’s event is completely virtual, BIGO kicked off with opening remarks from none other than Bigo Live’s own virtual mascot DINO to get the party started.

The event will featured a variety of performances by broadcasters themselves, which included fire dances, DJ sets, K-pop dances and Urdu songs.

We're told this year’s Gala will also include exciting new ways for the audience to participate in the event virtually. By voting for their favourite broadcasters, families and performances, audience members will get tickets that can be used in the lucky draw in return. Some of this year’s prizes include a Dino pillow as well as virtual gifts like pendants, entrance effects, badges and medals, specifically designed for the Gala event.

Each winner also received a medal and gift box for their achievement, as well as in-app rewards. They will also be featured on a variety of billboards, which are located in landmarks in 23 countries worldwide.

As live streaming becomes a leading form of infotainment, the top broadcasters on Bigo Live are becoming celebrities in their own right, with their fans celebrating their success all over the world.

To watch BIGO’s annual Gala, you can tune in directly via the Bigo Live app which can be downloaded here. You can watch a replay of the event here. 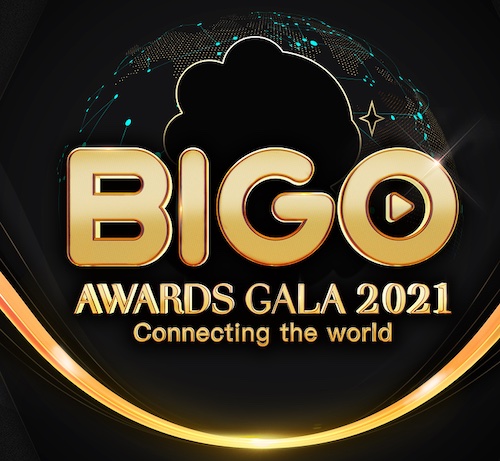 More in this category: « Bentley driving sales to its new, French-designed luxury headphones 40% of Australians watch catch-up TV: Morgan »
Share News tips for the iTWire Journalists? Your tip will be anonymous