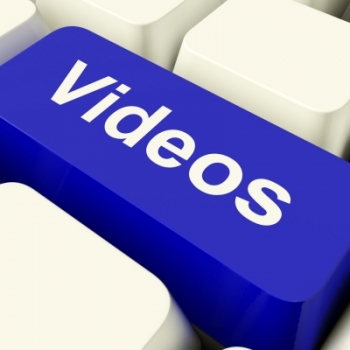 Australians have a growing taste for sports and video entertainment content sending the Subscription Video on Demand (SVOD) services market to new heights, reaching 12.3 million total subscriptions at the end of June, according new research from technology analyst firm, Telsyte.

According to the Telsyte research, a solid year-on-year increase of 29% has driven subscription up from 9.5 million in June 2018 – and today more than half (55%) of Australian households subscribe to SVOD services.

The research also reveals that households continue to show a demand for multiple services, with 43% having more than one SVOD service, up from 30% in 2018, which Telsyte says has steadily been increasing as consumers turn to multiple providers that are battling it out for content rights.

The Telsyte Australian Entertainment Subscription Study 2019 also found Netflix is the market leader with around 4.9 million subscriptions, and Stan passed the 1.7 million mark at the end of June 2019, remaining the second largest single service provider.

And Telsyte estimates the total “sports” SVOD category (excluding Foxtel Now as it provides a mix of sports and other entertainment content) had around 4.4 million subscriptions at the end of June 2019, up from 3.6 million in June 18, driven by new services and telecom services bundles.

The report also found the total Pay TV market maintained just over 3 million subscriptions at the end of June, including cable, satellite and IPTV Fetch TV. Foxtel’s Pay TV segment which has been under continued pressure due to increasing adoption of SVOD, including its own base shifting to Foxtel Now and Kayo Sport. Fetch TV remained the growth engine for the Pay TV market.

“Subscriptions will be a critical way entertainment and technology brands connect with and monetise their customers,” Telsyte managing director, Foad Fadaghi says.

Telsyte says that SVOD services have been proven to be “highly sticky” in Australia and its latest consumer survey shows nearly half of existing SVOD users believe there will always be enough new content to keep them interested and will not cancel their service - regardless of how many hit TV shows the service has to offer.

According to Telsyte, total SVOD subscriptions could reach more than 21 million by the end of June 2023 to meet Australians’ appetite for content, and Telsyte says it believes the demand of existing and new SVOD services will be driven by key content rights during the next 12 to 24 months as more studios and content producers prepare to launch direct services.

Telsyte research also shows 1 in 4 Australians (and 37% of existing SVOD users) are interested in subscribing to a “potential new powerful entrant” in Disney.

The research shows there is an opportunity to cross bundle different type of subscription services such as SVOD and streaming music services, while only 1 in 3 Australians subscribe to both SVOD and music streaming services.

Among those who do not subscribe to both services, around 1 in 6 would be interested in subscribing to bundled services if it will cost them less to subscribe to the services separately, and according to Telsyte this might be an opportunity for global players such as Google, Amazon and Apple.

Telyste says that streaming music continues to grow and, as with TV, the streaming music subscriptions market continued to grow steadily driven by service bundles, regular promotions and rapid adoption of smart speakers.

Telsyte estimates Australians have taken up more than 12 million streaming music subscriptions at the end of June 2019, with 42% being paid subscriptions.

The top 3 streaming music service providers in Australia remained Spotify, Google (including Google Play Music, YouTube Music and YouTube Premium) and Apple, and Telsyte says that the usage of streaming music has just taken over radio time with the average subscriber listening 7.5 hours a week, compared to 7.3 hours for radio.

Telsyte forecasts there will be 16.2 million streaming music subscriptions by the end of June 2023 and it says the availability of very large mobile data caps has been influencing consumer behaviour around radio consumption, facilitating more streaming in car.

Now Telsyte estimates the number of games subscriptions could quadruple to more than 16 million by the end of June 2023 with better access to fast Internet connectivity, the arrival of next generation game consoles and new services such as Apple Arcade and Google Stadia that appeal to a broader audience with the ability to play on different devices.

“Game subscriptions have been more focused on consoles and computers, but there are untapped opportunities on mobile with a large base of casual and regular players,” Telsyte Senior Analyst, Alvin Lee, says.

Telsyte says it expects there will be more than 15 million 5G handsets in use by the end of June 2023, “forming the foundation for cloud gaming services adoption”.