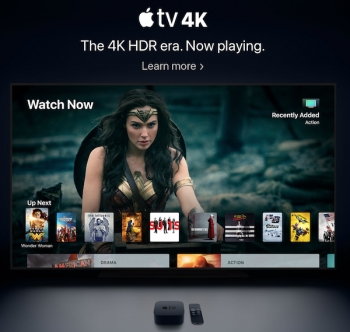 The Apple TV 4K is the unit some will argue should have been released last year, but with 4K TV and content much more widely available this year, Apple’s new 4K model is televisually timely.

Apple has introduced its new Apple TV 4K at long last, designed to deliver a “stunning cinematic experience at home".

With support for both 4K and the ever more popular High Dynamic Range (HDR) technology, supported by high-end 4K TVs to deliver much richer colour, it is no surprise to see Apple state its new 4K unit “features unbelievably sharp, crisp images, richer, more true-to-life colours, and far greater detail in both dark and bright scenes".

And, with an Apple TV 4K comes a “growing selection” of 4K HDR movies on iTunes, with existing iTunes HD movie owners to get “automatic upgrades of HD titles in their existing iTunes library to 4K HDR versions when they become available".

Eddy Cue, Apple’s senior vice-president of Internet Software and Services, reiterated: “Bring the magic of the cinema straight to your living room with the new Apple TV 4K.

“Customers will love watching stunning 4K HDR movies from an impressive catalog on iTunes, while also getting automatic upgrades of 4K HDR movies already in their iTunes library and enjoying 4K content on services like Netflix, coming soon.”

Presumably, one of the real reasons why Apple didn’t launch its 4K model last year, beyond whatever negotiations had to take place with 4K content providers, is the fact that it wanted as powerful a chip as possible to make 4K as smooth as possible for end-users. 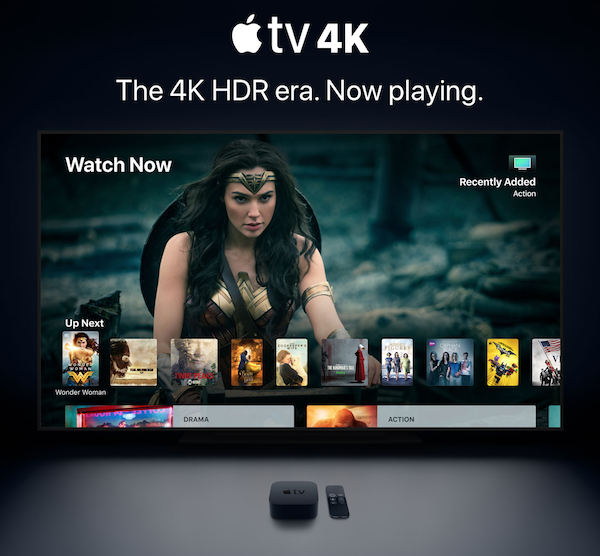 Support for the two major HDR standards is included, being Dolby Vision and HDR10, ensuring “users can enjoy incredible-looking TV shows and movies on any HDR TV".

There’s also a “built-in high-performance 4K video scaler”, which makes “HD content look better than ever on a 4K TV".

On top of that, Apple says that “always outputting to the highest resolution possible allows viewers to get the most out of their TV, whether it’s an older HDTV or the latest 4K Dolby Vision OLED".

In addition, automatic detection of a 4K TV’s capabilities “optimises set-up for the best quality picture".

Now, a modern TV streaming media device like Apple TV 4K can be dramatically enhanced if you can talk to it, rather than needing to only use a remote.

Apple proudly boasts that Siri, and the new Apple TV App, which is finally available in Australia, are “easy ways to find and play exactly what you want".

The Apple TV App is designed to “bring all your favourite shows and movies together”, and Siri makes it possible to search and access content across Apple TV using just your voice.

However, the Apple TV app isn’t just for the Apple TV 4K, but will also be available to download on iPhones, iPads and iPod touch models able to upgrade to iOS 11 from mid-next week (19 September in the US, which should be 20 September in Australia).

As the App supports a “variety of services with more being added all the time”, you’ll be able to easily discover and watch TV shows and movies from multiple apps, in one place, whether you’re at home or on the go.

As you’d expect, Siri is also smart about 4K HDR, so Apple states that it’s “unbelievably simple to find movies and TV shows in the highest picture quality across your apps (e.g., 'Show me movies in 4K')". 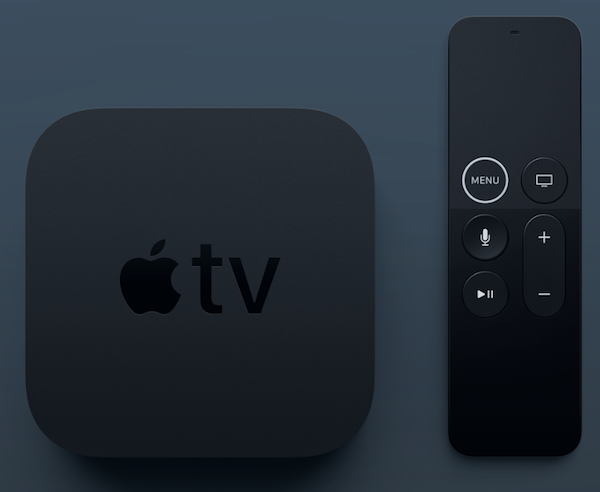 It’s not just Australians who will finally get the Apple TV app this month, with Canadians getting it too, joining our US brethren and sistren who have had access since last year. And, And, by the end of the year, it will expand to France, Germany, Norway, Sweden and the UK, too.

So, it should come as absolutely no surprise to se Apple stating its belief that an Apple TV “is the perfect addition to any household, with great apps from the App Store on Apple TV, as well as photos, videos, music and more".

Indeed, Apple says that if you already own an iPhone or iPad, “there’s no better choice in the living room than Apple TV”, and gives these reasons why:

Apple TV claims to go beyond entertainment to help deliver on Apple’s vision of the smart home. Since Apple TV is always at home, it’s perfectly suited to act as a home hub for all of your HomeKit accessories, enabling remote access as well as automated control (e.g., automatically turning on the lights at sunset).

Apple TV 4K is also capable of running a vast array of apps, many of which will be available because you’ve already got apps on your iPhone or iPad. During the Apple keynote, which is a "must-see" event here, Apple showcase an incredible multiplayer Apple TV game called “Sky”, which was incredibly cinematic, easy to play, orchestrally scored and… amazing looking.

What will the new Apple TV 4K cost, and when is it available?

Naturally, a subscription will be required to access some content, such as Netflix. In addition, not all content is available in 4K HDR – or at least, not yet! And, to enjoy 4K resolution you will need a 4K capable TV.

And Apple has even upgraded its stunning "screen savers" to 4K quality, which makes them even more watchable as they drift over city, nature and other incredible scenes. 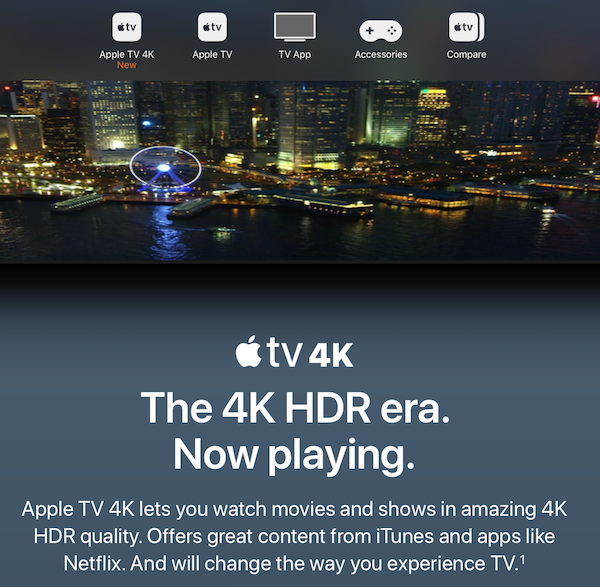 More in this category: « Apple’s new TV app coming to Australia, Yahoo7 at the ready for binge-watching VIDEO: Ashes Cricket video game with 'awesome' graphics arriving November 2017 »
Share News tips for the iTWire Journalists? Your tip will be anonymous