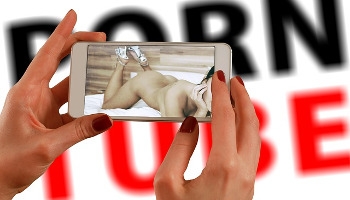 Britain will become the first country to introduce age-verification for accessing online pornography when it institutes such measures on 15 July.

It said 88% of British parents with children aged between 7 and 17 backed the move and agreed there should be robust age-verification controls in place to stop children seeing pornography online. A survey published last month indicated that a majority of the population was unaware of the measure being introduced.

"The introduction of mandatory age-verification is a world-first, and we’ve taken the time to balance privacy concerns with the need to protect children from inappropriate content.

"We want the UK to be the safest place in the world to be online, and these new laws will help us achieve this."

The DDCMS said all age-verification providers would have to comply with General Data Protection Regulation standards and the British Board of Film Classification "have created a voluntary certification scheme, the Age-verification Certificate, which will assess the data security standards of AV providers".

"Age-verification will help prevent children from accessing pornographic content online and means the UK is leading the way in internet safety.

"On entry into force, consumers will be able to identify that an age-verification provider has met rigorous security and data checks if they carry the BBFC’s new green ‘AV’ symbol."

Online rights organisation, the Open Rights Group, criticised the measure. Its executive director Jim Killock said: "The government needs to compel companies to enforce privacy standards. The idea that they are ‘optional’ is dangerous and irresponsible.

“Having some age verification that is good and other systems that are bad is unfair and a scammer’s paradise – of the government’s own making.

“Data leaks could be disastrous. And they will be the government’s own fault.

“The government needs to shape up and legislate for privacy before their own policy results in people being outed, careers destroyed or suicides being provoked.”

More in this category: « Foxtel's GOT Game: season premiere up 17% on 2017 Amazon, Google to launch official YouTube apps on Fire TV »
back to top