Optus apologises over 2018 FIFA snafu, will simulcast next two nights on SBS Featured 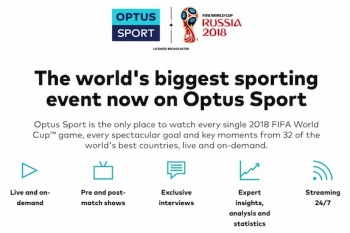 The 2018 FIFA World Cup streaming situation, for at least some subscribers of the Optus streaming service, is hopefully either now resolved, or going to be resolved soon.

In a media statement attributed to Lew, a series of points were made in an attempt to apologise for the issues, promise a resolution and even offer Fetch Mini boxes to be made "available to customers where appropriate to improve their experience".

iTWire colleague Nick Ross yesterday published some useful advice on how to try solving the issues yourself, which you can read about here.

Here's what Lew had to say:

Let's hope this solves the issue once and for all, while serving as a lesson for anyone else wanting to stream global events to make sure massive amounts of bandwidth, server capacity and everything else is available to cope with even the busiest of periods in the future.

This way we can all play the ball, or at least, watch it being played, and so we don't have to play the man in charge of the whole shebang for service that at least some Optus customers who want to give a red card to the big streaming pile of sugar they've reported experiencing.