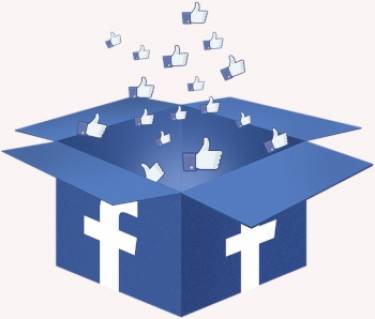 Nearly 83% of the population of Australia above the age of 14 — 17.1 million people — uses the social media site Facebook during an average four weeks, the research agency Roy Morgan says, adding that this figure has grown by 4.2 million, or 32.4%, from 2015.

YouTube was second with 15.3 million visitors, an increase of more than 3.5 million since 2015.

But Instagram and Pinterest, both primarily image-sharing sites, had shown much faster growth over recent years, Roy Morgan said, pointing out that Instagram had more than eight million visitors in an average four weeks, a rise of more than 5.6 million (238%) from 2015.

For Pinterest, the number of visitors was about 7.3 million, an increase of 4.6 million or 174.3% in the last four years.

All figures were based on single-source interviews with more than 50,000 Australians over the 12 months to March 2019 and compared to March 2015. 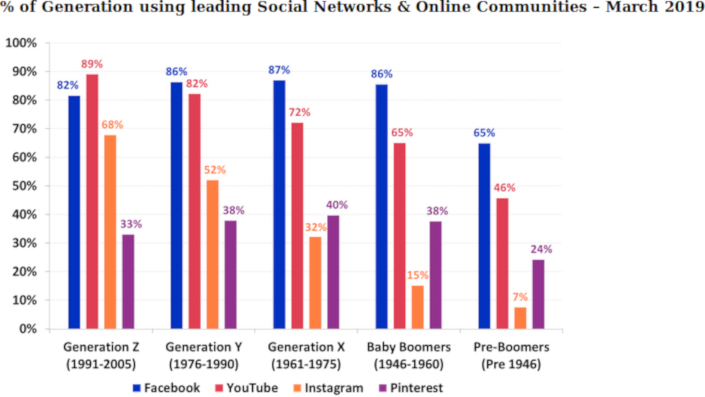 Facebook had strong representation among all five age groups: generations X, Z, and Y, baby boomers and pre-boomers. Among Generation Z, YouTube use was much more.

"Instagram appeals strongly to a younger audience with 68% of Generation Z and 52% of Generation Y using Instagram in an average four weeks. The two youngest generations are over 70% of Instagram’s total users.

More in this category: « ACMA considers AM to FM swap by South Australian commercial radio station Triton Digital snaps up Melbourne's Omny Studio »
Share News tips for the iTWire Journalists? Your tip will be anonymous