Women in tech paid less than men, under-represented in industry 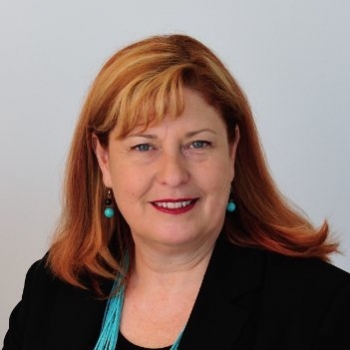 Wage inequality compared to male colleagues, workplace gender bias and a shortage of female role models are among the main barriers faced by women working in the technology field, according to a new survey by global technology association ISACA.

And, in Australia and New Zealand, 80% of women in tech report that pay disparity remains a challenge, with male colleagues tending to be paid more, “without a clear reason”.

This compares with 53% from Europe and 42% from North America.

The survey by ISACA identified the top five barriers experienced by women in tech as:

“Women are vastly under-represented in the global technology workforce. This is not only a societal concern, but also a workforce problem, given the critical shortage of skilled technology professionals faced by many enterprises,” said Jo Stewart-Rattray, board director of ISACA and director of information security and IT assurance at BRM Holdich.

“ISACA’s survey findings reinforce that there is much work left to be done. By providing more opportunities, including career advancement programs, we can make long overdue progress in ensuring that women are more equitably represented in the technology workforce.”

When asked about opportunities for professional growth, 75% of respondents to the ISACA survey said their employer lacked a gender leadership development programme – while eight out 10 women report never experiencing gender bias in the workplace.

“In fact, it’s clear that women hunger to learn and benefit from the presence of other women in technology. But at the top of the list of barriers for women in the ISACA survey were limited networking opportunities and lack of a strong professional network,” the report says.

ISACA says it addresses the lack of networking opportunities through its Connecting Women Leaders in Technology programme, which began in 2015 and connects women in the technology industry.

And, according to the survey, globally, pay disparity remains a challenge with 53% from Europe, 42% from North America and 80% from Australia/New Zealand reporting that male colleagues tend to be paid more, without a clear reason.

“As an industry, we must commit to changing these numbers and breaking down the barriers for women in technology,” said Tara Wisniewski, ISACA’s managing director of advocacy and public affairs.

“It is well past time to address these issues, and ISACA has a responsibility to help solve them.”

This year, ISACA will feature several educational opportunities related to its Connecting Women Leaders in Technology programme, including a Women in Technology webinar series, with the next webinar scheduled for 18 May.

More in this category: « Software AG bolsters APJ management team Women in IT more educated, but paid less than men: US study »
BACK TO HOME PAGE
back to top