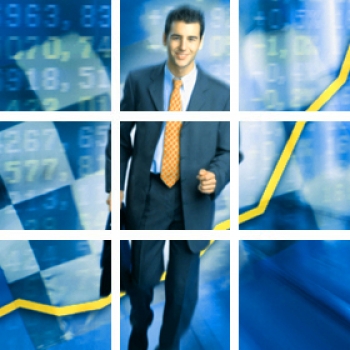 Employment demand for executives fell 3% in October, prompting one major recruitment firm to question whether Australia’s employment market has peaked.

Information Technology along with Management and Marketing produced slightly negative results in the latest employment figures from recruitment company EL Consult, while the engineering and financial sectors produced the best results.

“Businesses are not going to buy expensive technology — or expensive executives — if they are of the view that the market is going to collapse,” cautions EL Consult managing director Grant Montgomery.

The EL Index for November reveals that, amid financial and political volatility, executive demand across all business and industry sectors fell 3% in October, falling from its recent highs but remaining near its highest point since 2011.

“There have been some disturbing signs in both financial markets and Australia’s political situation,” says Montgomery.

“Markets have been hogging the headlines due to the magnitude of the losses (and subsequent gains) as some of the growth stocks, like technology, have fallen heavily in both the US and Australia.

“Perhaps more importantly for the long-term outlook of the Australian economy, the level of interest rates in the US — the 10-year US bond rate — climbed from approximately 3% to 3.2% in the space of a couple of weeks.

“The effect on Australia is not easily seen, but our major banks use US funding, and other funding based on the US rate, as part of their funding profile.

“We have already seen these higher rates cause the banks to do out-of-cycle interest rate increases, and these increases have yet to fully feed through. We can expect more rate rises, particularly in mortgage and small business lending, over the next few months.”

Montgomery said political uncertainty was another factor in the current environment.

“In Australia we have had the rolling of a sitting prime minister and the loss in the subsequent by election by the Government; a seat held by the Liberal Party since federation and formerly held by them by an 18% margin.

“The business market is disappointed by the politics underlying the Wentworth by election result. It is  ultimately cautious not because of the result itself, and not by the Labor threats regarding dividend franking changes, or negative gearing changes, but what may occur if there is a Labor victory.

According to Montgomery, “it’s what Labor have not released as policy, and may not do so before the election early next year, that is of concern to business”.

“The fear of the unknown is starting to have an effect on the level of confidence in the broader economy, particularly if the economy by that point is already hitting a plateau.

“Business is now starting to be affected by issues outside their own industries, and as economist John Maynard Keynes may have put it, animal spirits may be turning down.

“There is an increasing concern that the ALP will be the next government. The policies of Shorten are not conducive to business and could have negative ramifications for all.

“Although the business and economic environments are the major reasons to influence confidence levels, it would be remiss of us to say that politics does not influence executive demand.

“We are not saying that the upturn is going away, but we are pointing out that the Index has been on a generally rising trend since November 2014, and that it is now at its highest point since before the GFC-related downturn starting in 2011. “

Montgomery says that every prediction business makes “is at best a good guess”.

“Businesses are not going to buy expensive technology — or expensive executives — if they are of the view that the market is going to collapse.

“In October, the overall index was pulled lower by the larger regions. Although the smaller regions did well, the gains were not enough to change the overall negative result. South Australia and Western Australia moved forward, while the ACT produced the most significant fall (in contrast to the last reported month).”

More in this category: « ICT salaries performing strongly, says Seek Telstra to take tech centre to Bangalore »
Share News tips for the iTWire Journalists? Your tip will be anonymous