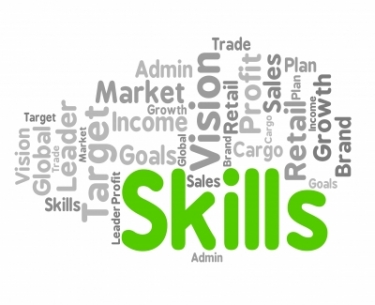 The jobs of the future are highly technology intensive and the combined effort of governments and international organisations must pick up pace to upgrade workers’ skills, according to one economic research analyst at analytics firm GlobalData.

Kausani Basak, analyst at Global Data says up-skilling workforces is crucial to arrest job losses due to automation across the ASEAN region.

“If left unchecked, it has the potential to create severe macroeconomic imbalances, creating both supply and demand chain disruptions,” says Baska.

“In the high growth ASEAN countries - Cambodia, Indonesia, the Philippines, Thailand and Vietnam - more than 50% jobs are vulnerable due to automation in the long run, and as a result, up-skilling the workforce becomes a pre-requisite for strong, sustained and balanced growth of the economy.

GlobalData says the traditional educational and training institutes are yet to adopt according to the changing times, leading to a huge skill mismatch in these countries, and consequently, the structural unemployment in countries such as Cambodia, Indonesia and Vietnam has been rising.

“The labor market in countries such as Indonesia and Vietnam are already facing heat from high unemployment among people with basic education,” says Basak.

“On the other hand, these countries also have a huge working age population, thus further adding to the issues.”

GlobalData says hotels and restaurants, wholesale and retail trade and construction and manufacturing are the sectors which are “particularly staring at the risk of job losses due to automation”.

According to GlobalData, the emerging new occupations that are replacing the old ones require up-graded skills that will deepen their competencies and enhance career prospects.

GlobalData says that in the recent years, there has been a rising concern among the governments to reduce the skills mismatch and as a result they have taken some preliminary steps towards increasing the technological education penetration and re-designing the existing curriculum.

“Countries such as Singapore, Thailand and Indonesia have been substantially emphasising on the skill development of workers. However, these measures are not providing enough support so as to integrate the workers into the labor force seamlessly.

“Nevertheless, positive re-enforcements have started appearing in the region as multinational employers are driving the up-skilling and training initiatives. In November 2018, the World Economic Forum along with top tech companies pledged to develop technological skills for the employees of the ASEAN countries by 2020 through ‘ASEAN Digital Skills Vision 2020’.

“As of August 2019, more than US$4.4m was raised for providing scholarships to tech students and about 9 million SME workers were trained across the ASEAN.

More in this category: « Employers struggle to fill skills gaps from within their business Jobs at risk from automation, emerging technologies »
Share News tips for the iTWire Journalists? Your tip will be anonymous