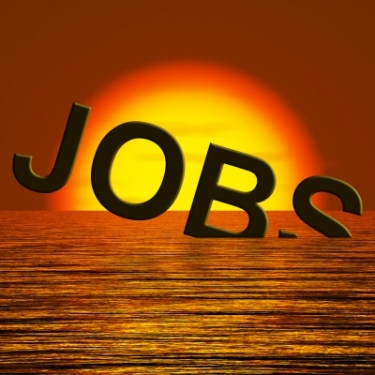 More than two million Australians were out of work in April, with 2.16 million - or 15.3 % of the total workforce - joining the unemployment queues in the month, according to a new report.

And the report from research firm Roy Morgan shows that an additional 1.32 million (9.4%) of Australians were also under-employed in April.

According to Roy Morgan, in total 3.5 million (24.7% of the workforce) Australians are now either unemployed or under-employed - or 439,000 fewer than the 3.92 million unemployed or under-employed (27.4% of the workforce) during the last two weeks of March - immediately before the Federal Government’s JobKeeper program was announced as part of measures to help combat the effects of the Covid 19 outbreak.

Roy Morgan says that additional research into the impact of COVID-19 Coronavirus has revealed 10.5 million working Australians (68%) have had a change to their employment situation, with Australians in the workforce asked: “As a result of the Coronavirus Crisis, have you experienced any of the following employment changes.”

According to the research, some people reported several changes to their working conditions since the Coronavirus, like being stood down, having reduced hours and working from home - reflecting what Roy Morgan says is the changing nature of the situation for companies and employees as they navigate the crisis.

For the 3.4 million (22%) who cite ‘some other change to their employment’ this includes working from home, being put on enforced leave, changes in work rostering, social distancing measures at work, split shifts, an increase in responsibility, a halt to business growth, precautions put in place at work, being in a vulnerable group for COVID-19 so not being able to take work and an inability to see clients face-to-face.

Michele Levine, CEO Roy Morgan, says the COVID-19 Coronavirus struck the Australian economy like a “hammer blow” in late March as Governments around the country enforced strict shutdowns to limit the movement of people and the virus.

“Special research undertaken by Roy Morgan during April has revealed that 3.8 million working Australians have had their working hours reduced, 2.7 million have been stood down for a period of time, 2.4 million have not had any work offered, 1.4 million have had their pay reduced for the same number of work hours and 670,000 have already been made redundant. Some will have had two or more of the above impacts already on their employment.

“Those most heavily impacted face a challenging employment market in the months ahead even as the harshest restrictions are rolled back. Several States and Territories are now announcing the relaxation of restrictions during May and June while others, including Victoria, have yet to announce any plan to do so prior to a review of conditions next week.

“The changed economic and employment landscape will start to normalise but with a much larger pool of unemployed and under-utilised workers there will be a far more competitive jobs market for employers to pick from. There will be no ‘snapback’ which means all, or even most, newly unemployed Australians are back in their original jobs in the next few months.”