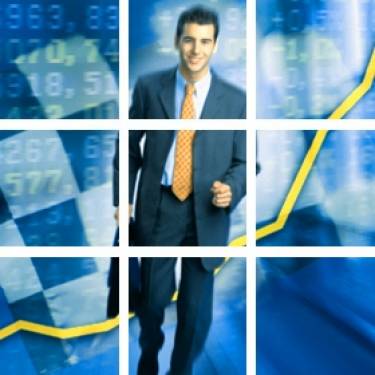 Demand for executives in the ICT sector has remained strong in June, despite the long federal election campaign, the UK vote to exit the EU and a rising Australian dollar all weighing heavily on business confidence, according to the latest EL Consult executive demand index.

The latest numbers from EL reveal that ICT sector executive demand in June rose 17% compared with May.

But, EL Consult managing director Grant Montgomery says the ICT sector “continues to be sawtooth, reflecting the nature of the industry – there is a significant gap between the nature of the IT investment decision and full implementation”.

Montgomery says significant gains in the ICT sector in every state except New South Wales created the environment for the gain in the executive demand index.

Also showing strong growth in June was the engineering sector, which Montgomery says continues to be strong with “promised and construction phase infrastructure investment” and a strong focus of State and Federal spending plans.

Across all business and industry sectors, EL reports that executive jobs rose 4% in May – a small gain that leaves the executive employment Index “below recent highs and lower than the same time last year”.

Montgomery says this indicates that the Australian economy is “keeping its head above the surface”, but with the index in June “still near its lowest level for five-years” it remained at a “steep discount” to the executive employment figures recorded before 2012.

Montgomery also said that said two months of mild gains were indicating that the local economy is going "OK" but there are significant uncertainties.

“The E.L Index is not breaking any records and is near its lowest level of the past five years. It’s really just bouncing off the bottom.

“Of course, there are at least three major polls occurring and this adds considerable uncertainty for employers.

“Brexit and the Australian federal election both have the potential to change the economic landscape, making employers very cautious about committing to higher-salaried executive employment decisions.

“While the Brexit vote is probably having less influence on Australian investment decisions than many analysts claim it is certainly influencing US and European parent companies on their local Australian management costs…and notwithstanding the outcome, having a Brexit debate at all ends up lowering the overall confidence in the EU structure.”

According to Montgomery, like the UK, other stronger members like Germany “must now also be asking themselves what the European Union has done for them”.

“In the past five years there has been continual growing uncertainty with Grexit, Spexit, and so on. Economies on crutches like France and Italy are likely to suffer the most if Britain leaves the EU. That would almost totally put the strength of the Union and therefore its control completely in the hands of Germany.”

In Australia, Montgomery says the influence of the federal election on uncertainty is waning, “and it has been going so long that employers have decided that they need to keep on going regardless”.

“Employers are in an in expansionary mind-set but acting in a reasonably consistent fashion.”

And, according to Montgomery, a small fall in NSW jobs in June is probably the “most to blame” for the small rise in Australia’s overall employment levels.

Montgomery also notes that NSW now has twice the number of executive positions as Victoria and accounts for half of the entire Australian executive demand.

Looking to the US market, Montgomery says “the third influential poll is, of course, the US presidential election and the uncertainty of the ‘Trump factor’.”

“Economically, in the US, the Federal Reserve has clearly once again put off the prospect of a rate rise in June due to unexpectedly weak jobs numbers in May. The Reserve Bank seems to be in a holding pattern. While there is a tendency to read a lot into the immediate effects of RBA moves, the real economic outcomes may not be seen for three to six months in the future.”

More in this category: « Workforce automation moving ahead with robotic efficiency New workforce platform targets ‘contingent’ workers, contractors »
Share News tips for the iTWire Journalists? Your tip will be anonymous