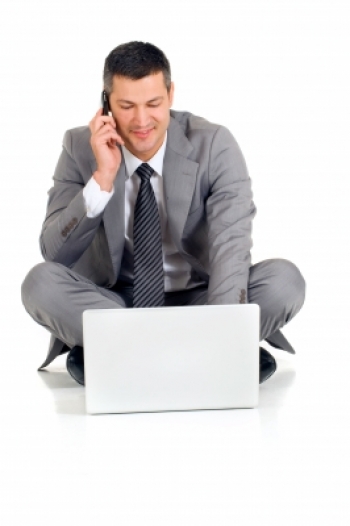 Hourly rates for contractors have fallen steadily to new lows over the past nine months, although employers are still cautious when hiring, with contract employment continuing to dominate the ICT jobs market over permanent placements despite a small “subtle” shift to permanents.

According to the latest employment Trends Report for the second quarter of 2015 from the Information Technology Contract and Recruitment Association (ITCRA), for the last three quarter, contract hourly rates have fallen consecutively, while permanent rates have peaked, albeit coming off a smaller base of activity.

But, in positive news for the ICT sector, ITCRA says Australian ICT is enjoying an increase in vacancies while in New Zealand, there is a softening – however, with a surge in employer hiring expectations for New Zealand ICT “this may be short-lived.”

And, CEO Julie Mills says that, overall, “ICT opportunities abound for talent that is prepared to be flexible in terms of job location and non-monetary benefits.”

On the drop in contract pay rates, the ITCA report says there have been some unexpected variances in hourly rates paid for contractors over the three quarters, while the rates for permanent roles remain steady.

ITCRA says the decline in contract hourly rates has been affected by decreases in Victoria, New South Wales and Queensland.

But, employers clearly have an overwhelming preference for contracting over permanency these days, although Queensland showed slightly stronger interest in permanent roles.

The ITCRA report didn’t identify a marked shift in the ratio of advertised permanent to contractor roles as they remain steady at 11% to 89% respectively, while Queensland had the strongest growth in permanent roles where the proportion grew from 6% to 12% over the last nine months.

“At ITCRA I am hearing anecdotally of situations where employers are offering permanent roles to contractors, so this would not necessarily be evident in roles advertised,” said Mills, “but this structural shift of employers and indeed contractors shifting preference to permanent is, to date, evidenced in only certain sectors and markets.”

“There is a recognised need by employers to build internal talent in certain areas and talent is also realising that permanency offers an opportunity to maintain skills and to access funded training. While there are signs of a subtle shift towards permanent, the overwhelming market trend is still contracting, which mirrors the global marketplace.”

Mills says further analysis of the ICT contractor market reinforced signs of unpredictability reflected in the number of days it takes recruiters to place contractors.

“Our ‘days to place’ data is a measure of demand and supply. Victoria and New South Wales have alternated from being a buyer’s to a candidate’s market each quarter. Currently it is shifting back to a buyer’s market as it now takes fewer days to place contractors. The national average is sitting at 30 days to place a contractor.”

Mills points to the Report also finding that there are indications of continuing market health, according to the BurningGlass ICT Job Ads Index, which tracks the number of advertised ICT occupations. The Australian Index has increased after two quarters of decline, and New Zealand’s Index increased to its highest point in the last 18 months.

•    Hourly rates for ICT hires appears to have become steadier, however the improvement in remuneration for contractors in particular has shifted focus to non-monetary benefits

More in this category: « Westpac slashes 188 IT jobs ICT takes out hairy-chested gong »
Share News tips for the iTWire Journalists? Your tip will be anonymous