‘Shocking levels’ of age discrimination in IT, says recruiter 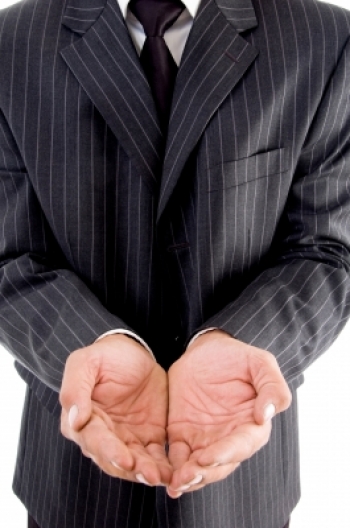 Age discrimination seems to be rife in the IT industry if a recent survey of more than 3000 job seekers is anything to go by, with 61% of them believing they had either personally been discriminated against due to their age or knew someone who had experienced age discrimination.

What’s more, half of Australian IT professionals believe age discrimination does exist in the industry, according to research of 3,100 job seekers by IT recruiter Greythorn.

This figure rises dramatically for respondents aged 50 years and over.

According to Greythorn, respondents commented that the rapidly changing digital age requires IT workers with a different skill set than those who were born pre-1980, and those who were born before this time are seen to be out of touch with modern technology - particularly when it comes to the advances of the last 5 years.

“Whether this is true or not, the perception exists,” says Greythorn, also noting that when respondents were asked if their company had adopted practices to discourage age discrimination, only 16% stated yes.

So, why is this being ignored?

Comments Richard Fischer, managing director Greythorn Australia:  “Australia is set to embark on its biggest structural change in decades with the slowdown from a mining-based boom to a more services-based growth economy.

“Currently there is a real lack of skilled workers in modern technology, in particular security, mobility, data analytics and cloud based software. Unless significant retraining is undertaken, IT projects will struggle.

“With this in mind, Australian businesses would be wise to consider mature workers for upskilling or risk project failures due to a lack of available candidates.”

Respondents were asked what the industry can do to change the status-quo of perception towards older workers and overwhelmingly the results showed a shift in culture is needed in addition to further training and upskilling.

Greythorn says that companies are missing out on the wealth of experience mature workers can bring, and noting that the benefits of hiring mature workers are well documented – older workers are 5 times less likely to change jobs when compared to workers aged 20-24, reducing recruitment and training costs (Australian Human Rights Commission, 2015), and have lower rates of absenteeism (NSW Government, 2015).

With Australians now living longer than ever before, it is predicted that there will be 40,000 people aged over 100 by 2055 (NSW Government, 2015), which Greythorn says points to a significant ageing workforce, with a substantial amount of the population still working when aged over 50.

Fischer cautions that unless companies address this situation with the same level of commitment as gender discrimination, review their hiring processes and instigate age-positive changes to their culture, the IT industry looks set to bear the cost.

Comments Greythorn: “Is age the real white elephant in the room when it comes to discrimination? It appears the extent of this bias against mature workers is alarmingly widespread. Almost two thirds (61%) of respondents believed they had either personally been discriminated against due to their age or knew someone who had experienced age discrimination.

“However what is really alarming is the dramatic rate at which this statistic increases for those aged over 50. For this demographic, the survey found a significant 80% of professionals had themselves, (or knew someone who had) suffered age discrimination.”

More in this category: « ‘Boom’ in digital, mobile brings IT skills shortages: recruiter Corporate security execs in high demand »
Share News tips for the iTWire Journalists? Your tip will be anonymous