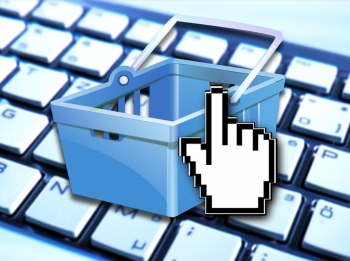 What are the top 3 digital commerce technology that will do the most to transform e-commerce this year?

However, cautions Juniper, this ‘new’ channel for shopping is nowhere near fully-formed, quite the opposite in fact, pointing that a ‘collection of emergent technologies is combining to take digital commerce in fresh and exciting directions.’

Juniper says it examines these new ideas and attempts to rank them by impact, with a top 10 list in its research but only the top 3 shared in its media release, with the rest available to those relevant parties wishing to pay the relevant prices to access Juniper Research’s content.

Juniper points to its new research, entitled 'Top 10 Disruptive Technologies in Fintech: 2016' which ‘concludes that the technology making the biggest difference to payment completion today is biometrics, largely thanks to the proliferation of fingerprint readers in smartphones.’

It highlights the use of biometric authentication in both Apple Pay and Samsung Pay, and argues that use cases and deployments will proliferate in the short and medium term.

Behind biometrics is federated ID, which provides merchants with the ability to gather information on customers in a click – rather than asking them to fill out long forms. Juniper observed that Facebook, Google and LinkedIn dominate this area at present, but expects new entrants such as banks, telcos and even governments to increase their presence within the space.

The study ranks tokenisation as the next most impactful technology. Tokenisation addresses the major e-commerce barrier after user experience: security. By replacing card numbers with randomly generated digits, tokenisation makes the theft of card data pointless.

It also prevents merchants from having to store sensitive credentials. Juniper anticipates that the benefits offered by tokenisation, and its support by Visa and MasterCard, will lead to far greater commercial deployment and adoption in the near future.

Tim Green, report author said: “Digital commerce is already worth around $1.7 trillion a year, but it still has so far to go. Even after 20 years, it can be hard for consumers to buy the things they want to buy without fuss. Happily, exciting new ideas are on the way.”

However, the research cautions that the top 10 disruptive technologies will invariably develop at different speeds. Unpredictable factors such as new device types and government regulation will accelerate the adoption of some and delay others.

As per usual, there is a free whitepaper for download, entitled: ‘Top 3 Disruptive Fintech to Watch in 2016.’

Finally, while Juniper hasn’t listed its top 10 list in its free briefing and press materials, the companies it says are listed in its report are as follows, which make give you some additional info on what to expect:

More in this category: « Windows 10 – now its enterprise’s turn Workspace One: VMware's mobility triple play »
Share News tips for the iTWire Journalists? Your tip will be anonymous