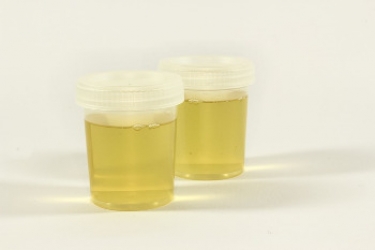 Some Americans who work for the world's richest man, Jeff Bezos, the owner of retail giant Amazon, are forced to pee in bottles because they do not have time to take a toilet break given the work targets they are set.

The company admitted in a statement on 2 April that it was wrong to have told US politician Mark Pocan that his claim about employees being forced to do this were untrue.

Pocan, a Democrat in the House of Representatives who has been representing Wisconsin's 2nd congressional district since 2013, said in a tweet on 25 March that paying workers US$15 an hour did not make Amazon a progressive organisation when it was indulging in union-busting activities and making its workers urinate in bottles.

Amazon responded with a tweet from its @amazonnews Twitter account, saying: "You don’t really believe the peeing in bottles thing, do you? If that were true, nobody would work for us. The truth is that we have over a million incredible employees around the world who are proud of what they do, and have great wages and health care from day one."

But the company was forced to eat humble pie. "This was an own-goal, we’re unhappy about it, and we owe an apology to Representative Pocan," it said.

This is not about me, this is about your workers—who you don't treat with enough respect or dignity.

Start by acknowledging the inadequate working conditions you've created for ALL your workers, then fix that for everyone & finally, let them unionize without interference. https://t.co/tdIns0AR66

Despite having to back down, Amazon tried to spin the issue to some extent.

"First, the tweet was incorrect. It did not contemplate our large driver population and instead wrongly focused only on our fulfillment centres. A typical Amazon fulfillment centre has dozens of restrooms, and employees are able to step away from their work station at any time. If any employee in a fulfillment centre has a different experience, we encourage them to speak to their manager and we'll work to fix it," the statement said.

1/2 You don’t really believe the peeing in bottles thing, do you? If that were true, nobody would work for us. The truth is that we have over a million incredible employees around the world who are proud of what they do, and have great wages and health care from day one.

"Second, our process was flawed. The tweet did not receive proper scrutiny. We need to hold ourselves to an extremely high accuracy bar at all times, and that is especially so when we are criticising the comments of others.

"Third, we know that drivers can and do have trouble finding restrooms because of traffic or sometimes rural routes, and this has been especially the case during Covid when many public restrooms have been closed."

But the claim that only drivers had to resort to this humiliating practice, was countered by another writer named Kim Kelly.

I have a feeling we won’t be seeing a shiny PR apology to workers like Linda, Jacqueline, and the thousands of other Amazon warehouse workers who can’t even use the restroom at work without fear of reprisal: https://t.co/wgdEcqUztB

The backflip occurred as workers at an Alabama warehouse await a vote count that could lead to the company's first unionised facility in the US.

Amazon has always tried to prevent its more than 800,000 US employees to form unions. Many workers have complained about inhuman conditions at work and as a result the American labour movement has made the creation of unions at the company's centres a goal.

Hearing Amazon plans to distribute these portable toilets to every driver ? pic.twitter.com/v97IPISbM9