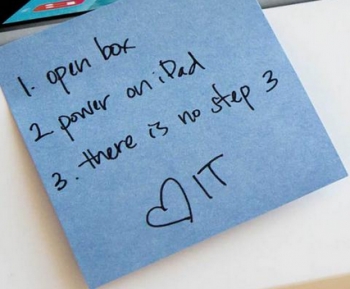 Apple’s range of products are increasingly finding their way into the corporate arena where BYOD device management and inventory deployment can be a hassle.

JAMF Software  focuses exclusively on deploying and securing every Mac, iPad, or iPhone in an enterprise via its Casper Suite.

It has conducted an Apple Trends Survey which sees an uptick in Apple support by internal IT teams – 98% now support Mac, 81% iPad, and 84% iPhone as part of their overall support for multi-OS BYOD devices.

JAMF says that from the companies surveyed: (as is often the case with internal surveys iTWire does not have the baselines for this comparison, so information is offered as is – where is.)

The adoption of Apple devices has largely been driven by end-user demand.

“This research highlights what we at JAMF have been seeing for some time: user preference is driving the rise of Apple in enterprise and education,” said Dean Hager, CEO, JAMF Software. “While a lot of the attention of Apple’s success has been on its iOS devices, the survey results also show that Mac will continue to replace the PC at an unprecedented rate because it empowers users to be creative, productive, and happier in their jobs.”

iTWire congratulates JAMF for taking the survey initiative. As stated earlier iTWire has no baselines on this survey of 480 executive managers and IT professionals so cannot vouch for its statistical integrity.

What we see in general is that OS X is becoming more common in enterprise use and iOS is increasingly being supported in under a more flexible BYOD policy.

More in this category: « Subscription economy is unstoppable Zuora ‘17 enables enterprise adoption of subscription revenue models »
BACK TO HOME PAGE
back to top