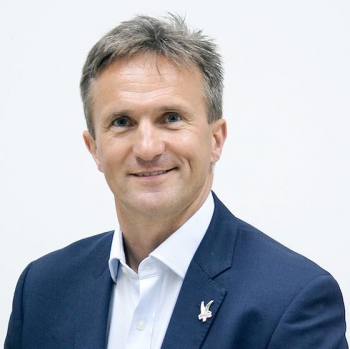 Application downtime costs Australian businesses an average of more than $762,000 per incident, according to new research.

A survey of 1000 Australian IT professionals found that the average revenue loss during business-critical outages was $144,062.52 per hour for larger organisations.

For smaller organisations (those with fewer than 20,000 employees), the figure was more than $2000 per hour.

The average time to repair was 5.29 hours for large organisations, and six hours for the smaller companies.

The survey was carried out by Wakefield Research for Cisco subsidiary AppDynamics, which has its roots in the application performance management market, but now has a broader view.

"We tend to work with organisations who know where they are going," he added.

AppDynamics' Australian customers included some of the larger banks, retailers, airlines and service providers, he said. The company has been the supplier to 18 of the 20 largest APM rollouts in the world.

IT visibility was "one of the biggest challenges consumer-facing organisations face", he said. When outages occur, affected customers usually turn to social media, which has a "massive brand implication".

Conversely, avoiding or at least minimising outages could be good for a brand. According to Horrocks, the only sports betting business that did not suffer an outage during the 2018 Melbourne Cup was an unnamed AppDynamics customer. Its subscriber numbers rose "massively" after the event, he said.

Visibility of internal systems is also an issue. The research found that 78% of IT professionals are alerted to performance or user experiences issues by users calling or emailing the help desk.

"These findings highlight the critical need for all Australian businesses to ensure seamless, ongoing monitoring of applications, to avoid the impact of downtime on the bottom line," said Horrocks.

"Modern IT teams need to be taking a far more proactive approach to application performance. The reality is that, these kinds of recurring and preventable financial losses caused by application downtime can make or break a business."

The convergence of business and IT has been discussed for decades, Horrocks told iTWire, but we are "still not quite there".

AppDynamics offers the only APM product that was able to monitor 100% of transactions at scale, he claimed.

Furthermore, it "provides visibility of what's going on in the business" rather than simply the state of IT systems.

So retailers can focus on the average shopping cart value rather than CPU utilisation, banks can watch the number of loans being processed rather than the availability of a particular application, and airlines can monitor customers being moved around rather than how efficiently their databases are running.

And while service providers have traditionally been concerned with factors such as network utilisation, these days "their ability to compete" is better measured by considerations such as whether streaming video is being delivered effectively.

"We bring in business value consultants" to advise prospective and current customers, he said.

Focusing on business outcomes generally means IT departments get more credit for what they do, and staff are more likely to be promoted, eg to digital transformation roles.

Achieving digital leadership was mostly about velocity, said Horrocks. Netflix, for example, has more than 1000 software releases a day. The idea is to make a small change, check whether it has the expected effect, reverse it if it doesn't, and then repeat the cycle as quickly as possible.

Sufficient visibility of the components enabled an ongoing series of small improvements rather than delaying release until a system was perfect. If Uber hadn't adopted this incremental improvement strategy, a different company would have become the dominant player in the ride-hailing business, he suggested.

Another part of the research looked at the top priorities for IT expenditure over the next two years.

The top three priorities of larger Australian companies over the next two years will be microservices (52%), new or further adoption of DevOps (40%), and accelerated cloud migration of applications (33%).

Smaller Australian companies had somewhat different priorities: the development of IoT-based products and services (33%), improvement in application performance monitoring and analytics strategy (31%), and adoption of microservices (30%).

"These results point to the broader digital transformation trends we are currently seeing within the local market, with IDC predicting that by 2020, at least half of all Australian organisations will be using new business models and digitally-enabled products and services," said Horrocks.

"Additionally, it's positive to see that both smaller and larger Australian companies are increasingly realising the value of APM solutions, with close to a third of all respondents naming this as one of their priorities," .

More in this category: « Procore says rapid expansion taking place in ANZ Start-up releases VR tool for training in high-risk tasks »
Share News tips for the iTWire Journalists? Your tip will be anonymous