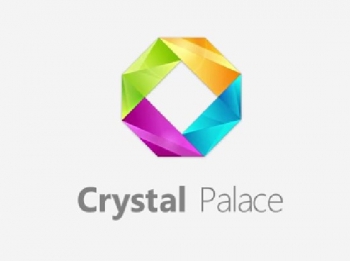 At the Citrix Mobility mForum 2014 in Sydney yesterday, Citrix Labs' director of operations and strategic services Adam Jaques said experimentation is a crucial part of finding the innovations that will make a difference, and that involves "playing with a lot of things that are out there."

One of those experiments is the Pacific collaborative document production software being co-developed by Citrix Labs and the company's cloud services division. Principal technology strategist Simon Farrugia explained that when producing a document, people typically start not with a clean sheet but with pieces of content from multiple sources.

And while document production is often a collaborative exercise, they are often uncomfortable with sending unfinished documents to their co-workers, having them work simultaneously on it is more acceptable and more productive.

So Pacific uses the idea of a 'canvas' or workspace that can be opened to collaborators, and makes provision for bringing in content from a range of sources including ShareFile (Citrix's business-oriented file sharing and storage service) and Dropbox. Pacific uses the mobile document editing software that the company acquired along with the rest of Byte Squared to handle multiple types of source material and to support collaborative editing of an agreed version.

Pacific, which will be released as one of Citrix Labs 'experiments' at the end of May, also takes advantage of the company's GoToMeeting VoIP service to allow collaborators to talk to each other while working on a document.

Already available on an experimental basis is Crystal Palace, part of Citrix Labs' exploration of context-aware computing. As Mr Farrugia put it, this is about "technology that responds to your life" - computers that adapt to the user rather than forcing the user to adapt.

Find out more about Crystal Palace on page 2.

Crystal Palace's purpose is summarised as "cross-device copy and paste plus sharing with friends." At its most basic level, it allows text to be copied on one device (eg, a smartphone) and then pasted into a document on another device (eg, a PC).

It also allows documents and web URLs to be easily transferred between devices and shared with friends and colleagues.

The context-awareness comes in through the software's knowledge of the user's various devices and its ability to detect nearby colleagues (or family members and so on) via a Bluetooth beacon, as opposed to merely supporting a favourites list.

The demonstration at mForum showed how a colleague - more accurately a colleague's device - could be detected and then invited to join the session and co-edit a document.

The Crystal Palace API is available, Mr Farrugia said, in line with the company's belief in the importance of providing APIs so that applications can be used as services and incorporated in new projects.

"We let the APIs slip" in recent times, he admitted, but said that has now been reversed and Citrix is working to retrofit APIs to applications that were released without them.

Along with context-awareness and designing for rapid change, taking advantage of innovations made possible through the use of third-party APIs is one of Citrix Labs' top recommendations for developers, Mr Farrugia said.

Disclosure: The writer travelled to Sydney as the guest of Citrix.

More in this category: « TechnologyOne seals multi-million dollar CQUniversity deal Citrix focuses on mobility »
Share News tips for the iTWire Journalists? Your tip will be anonymous