Accenture says it intends to apply for dismissal of Hertz case 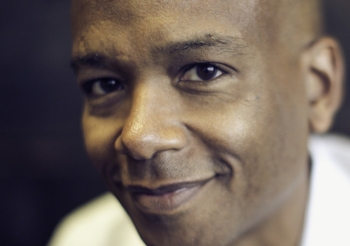 Everett Harper has questioned why Hertz waited so long before realising why the project was not going to plan. Supplied

Business process outsourcing provider Accenture has indicated it plans to file for dismissal of the claims made against it by global vehicle rental firm Hertz in connection with a website that it was contracted to build in 2016, but could not produce until its services were terminated in 2018.

The website Adweek reported that Accenture's lawyers, Wiggin and Dana, had sent a letter to the judge presiding over the case - Justice William H. Pauley III - saying their client would "assert counter-claims" including allegations about "past-due invoices" in the contract.

Hertz sued Accenture in April in the US District Court of the Southern District of New York, saying it was seeking US$32 million in damages and also additional amounts that it had paid to Accenture during the course of the contract.

In its complaint, Hertz said it had contracted Accenture to build a website and mobile application, with a go-live date of December 2017. After delays, Accenture's services were terminated in May 2018 when, according to the lawsuit, Hertz said it no longer had confidence that the project would be delivered.

Commenting on the case, Everett Harper, the chief executive and co-founder of Truss, pointed out that Hertz had made what he described as a "baffling decision" to replace all their project manager workforce in 2016 before signing the deal with Accenture.

A discussion thread on Hacker News between some of the laid-off employees claimed that staff who were being displaced were forced to train their replacements, at IBM in India, in order to be entitled to severance pay.

The staff replacements were put down as a cost-saving measure and the Hertz chief information officer received a US$7 million bonus soon after everything was in place, it was claimed.

Truss is a company that, as per its website, "works with private and public organisations to design, build, and scale modern software that exceeds standards for speed and security, while putting infrastructure in place for continued growth".

Harper said, faced with complaints from Hertz, Accenture also replaced the team they had working on the project. "This created a 'double blind' situation, in which brand new Hertz product managers, with no legacy experience, were left to co-operate with a brand new team of Accenture employees, also equipped with zero institutional knowledge about the project," he said.

During a chat with iTWire, Harper questioned why Hertz had waited two years before realising that the project was not going according to plan, adding that there was a need for checkpoints along the way so that everyone was kept up-to-date on progress or lack thereof.

He also raised several points about outsourcing, the main one being: "A point to emphasise is how important people are in building great modern software (and avoiding a very expensive situation)".

"Whether a client does this internally, or partners with a vendor, collaborating on the research process to ask all the people that interact with the system — internal and external — gives everyone a shared understanding of the problems to solve and reveals new opportunities. It's amazing what happens when people closest to the system are asked for their opinion - they light up!"

He agreed with the suggestion that cultural issues often hindered communications on any project, pointing out that even the meaning of a simple word like "done" could differ vastly from one culture to another.

Another issue Harper raised was regarding the initial customer research done to determine what the new site or suite of apps should look like and what functionality they should have. "What customers were asked? The end result suggests that it was a singular focus group, rather than multiple groups engaged over a continuous basis," he said.

"Had the latter option been selected, Hertz/Accenture would have found out quickly that people who have tablets vs. people who have desktops are having a very different experience."

In its complaint, Hertz said it had specified a website that could adapt to device size but Accenture ignored this and created a site only for large and small breakpoints. It then demanded additional payment to create a medium-sized layout.

Harper said he was unable to comment on how long it would take for the matter to be sorted out, but added that cases of this nature were usually prolonged affairs.