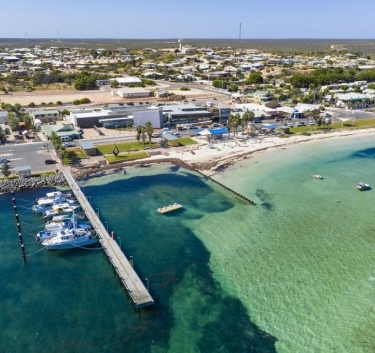 Western Australian electricity company Horizon Power is getting $2.6 million in funding from the Australian Renewable Energy Agency (ARENA) to build Australia’s first remote microgrid using renewable hydrogen generation in the coastal town of Denham in the north-west of the State..

ARENA says the project will be a first-of-its-kind demonstration that will utilise solar and renewable hydrogen generation and storage to provide 526 MWh of dispatchable renewable electricity, enough to power the equivalent of 100 residential homes.

Construction of the plant is expected to commence in August next year, and be commissioned by December 2021.

The plant - to be connected to the Denham hybrid power station system - will consist of a 348 kW hydrogen electrolyser with accompanying compression and storage and 100 kW fuel cell, alongside 704 kW of solar that will power the electrolyser to produce hydrogen for storage which can later be used in the fuel cell to deliver electricity when it is needed.

ARENA says that if the project is successful, Horizon Power will look to scale up the solution with increased hydrogen and solar penetration and replicate the technology in other remote power systems across its portfolio - and will also provide a reference case for remote power systems in other states and territories including Queensland and the Northern Territory.

ARENA said Denham had been chosen as a regional demonstration site by Horizon Power due to its close proximity to quality wind and solar resources, availability of land, access to water and the need to find a solution to replace the current ageing diesel power station.

The Horizon Power project is also receiving $5.7 million from the Western Australian Government’s Recovery Plan, including $1 million from the Western Australian Renewable Hydrogen Fund. While renewable hydrogen is not currently commercially viable, the aim of the project is to test the technical capability of hydrogen as a dispatchable power source in remote power systems to test and improve the competitiveness of the technology.

ARENA points to the CSIRO’s National Hydrogen Roadmap highlighting remote area power systems as an early end use for hydrogen due to the high cost alternative of conventional energy sources in remote areas.

ARENA CEO Darren Miller said Horizon Power’s demonstration would be a great test case for assessing the potential for renewable hydrogen to displace diesel for energy generation in remote communities across Australia.

“Remote and off-grid communities like Denham suffer from high energy costs due to costly diesel-based energy generation systems. The potential for these communities to generate, store and use their own renewable energy could simultaneously reduce costs and reduce emissions without sacrificing the reliability of energy supply,” Miller said.

“With projects like this and our $70 million commercial scale funding round, ARENA is hoping to reduce the overall cost of producing renewable hydrogen, in line with the National Hydrogen Strategy.

“Clean hydrogen could be a major export industry in the future, but in the near term we can utilise renewable hydrogen for domestic purposes and we’re excited to see how Horizon Power’s first-of-a-kind project could transform remote area power systems into state of the art renewable energy hubs.”

“This plant will demonstrate how hydrogen can reliably produce power for our towns currently dependent on diesel fuel power systems and allow us to transition our network away from higher emission generating sources and meet our target of no new diesel generation systems from 2025,” Unwin said.

“This technology has the potential to be an environmental game changer for many remote towns in Western Australia and other similar locations around Australia, and allow greater uptake of reliable cleaner, greener renewable energy sources in the future.”